In fact, we’re reinventing the entire software stack for running and operating a bus. We believe smarter buses lead to better mobility and cities.

We started with an experimental popup route in London: CMX1 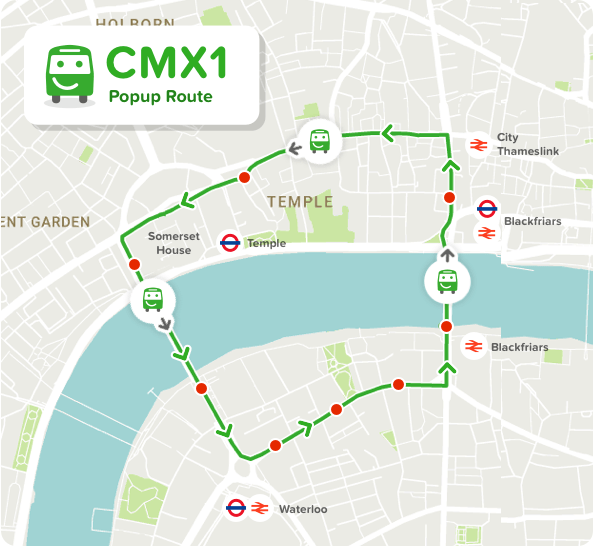 It runs on a fixed route. It uses bus stops. People can hop on and off. However, in time you’re going to see us ‘rethink’ how buses and routes operate and how to make them more efficient and useful in cities.

We’re also introducing a smaller, nimbler vehicle that we believe is necessary in crowded cities. 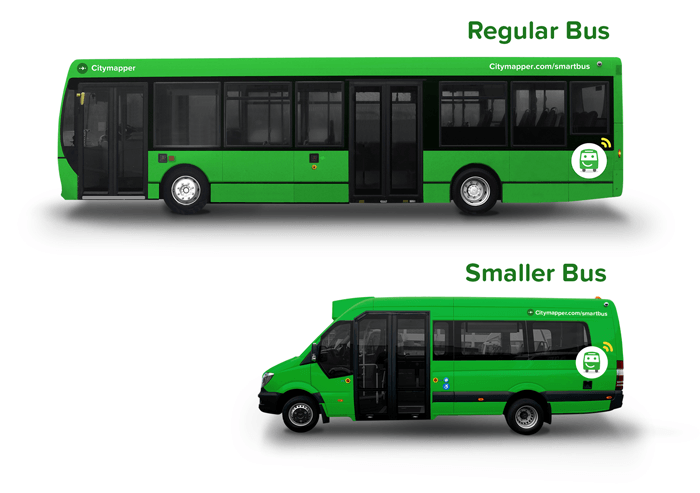 We redesigned the bus

Interior and exterior. We’ve tried to keep things simple, but well, everything is green. Yeah. 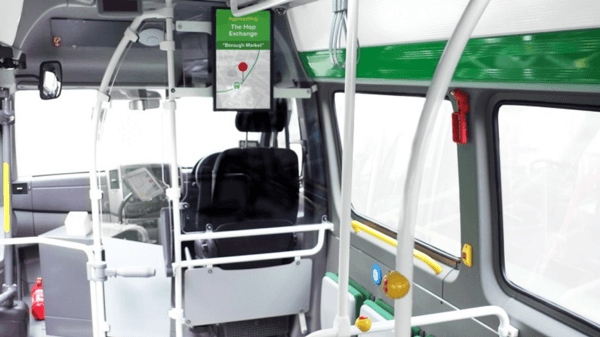 We’ve added a smart display that tells you where you are and what’s coming next. We have USB charging for smartphones. And seats, yes there are seats. We kept the seats the same since we don’t have any new ideas there. But they are green. 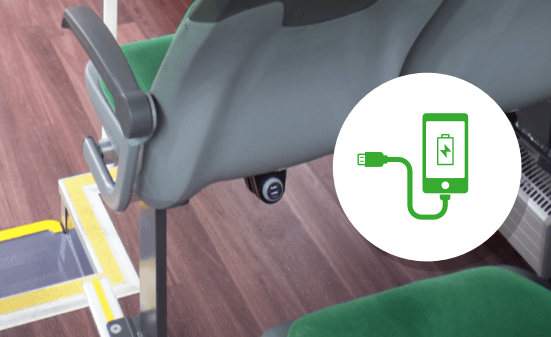 This bus is wired. It’s got tracking software for real time integration with the app, passenger counting, and a driver app. 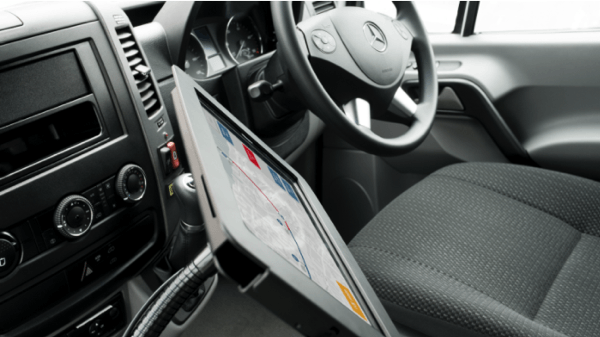 We built software for everything, including realtime operational control to driver management to scheduling systems. We’re reinventing how to think about all of these in the realtime world. We’ve taken systems that haven’t traditionally talked to each other and integrated them.

In the future, we’ll explain in more detail how smarter bus tech leads to better mobility and cities.

Robots will drive the bus

Our buses integrate with our app, our routing, and the city

Our bus route is just like any other route. It has a route page. You can watch the buses move around the map in realtime. We show predicted arrival times on bus stop departure boards.

Our routes show up in A to B routing whenever the algorithm decides so based on their viability and frequency. They are multimodal ready, i.e., combine with other transit routes when it makes sense. In other words, they are integrated with the existing infrastructure of the city.

And yes, we make our data open and available to other apps. 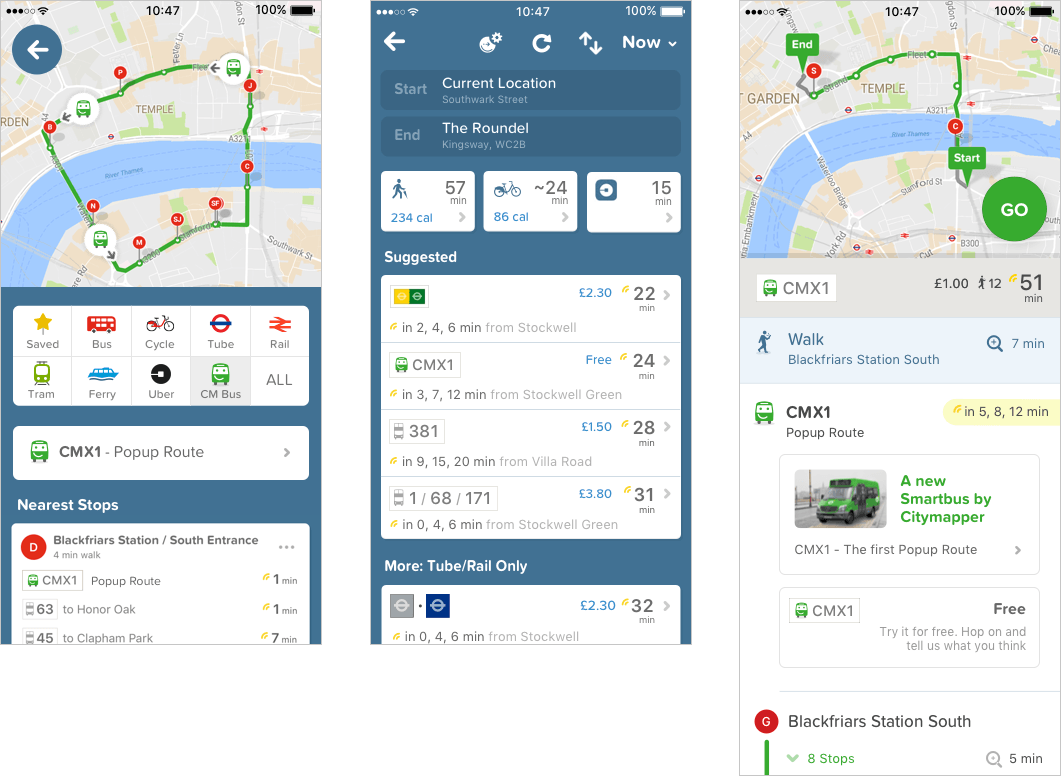 So why are we doing THIS?

First we built an app to help you get around town, using open data. But we found the data needed fixing, so we built tools to do so. We also built tools to analyse the data and learned a lot about how people are moving around. When we studied the existing public transit routes, we realised that they don’t always serve people best, nor do they evolve quickly enough to accommodate changes in the city. 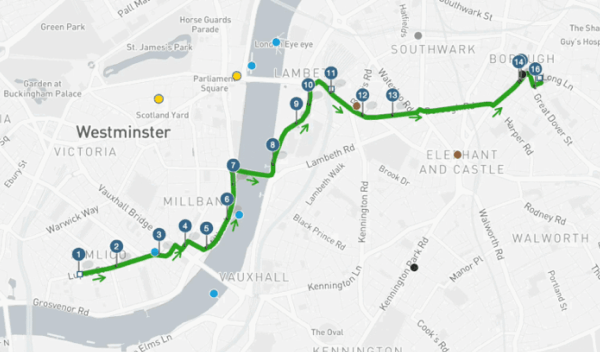 We built an ultimate tool (codenamed: Simcity) to evaluate routes utilising our demand data and routing. We found we can figure out how to improve existing routes in all of our cities. We can also identify new and better routes. London is actually not that badly served, but other cities have major gaps. 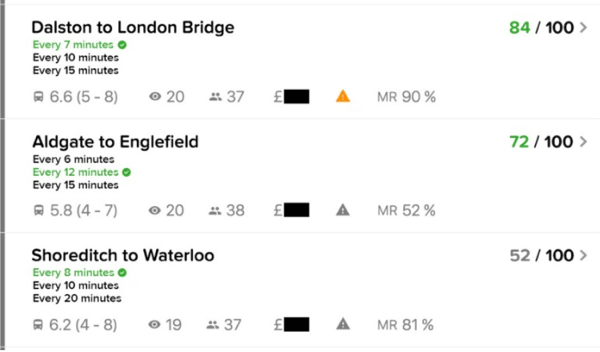 We also feel buses haven’t evolved enough. They still roam around cities utilising old systems of operations and inefficient technology. If we’re going to solve urgent problems of congestion and infrastructure, we need buses to improve, to operate smarter. In the era of smartphones we can have responsive buses that react to realtime needs.

Buses also get a bad rep, and are seen as a subpar experience. Even when they’re the best transport option, some people don’t take them. Perhaps we can help change that by improving the bus experience.

We’ve helped people figure out which bus to take. When it arrives. How long it takes. When to get off. Now it’s inevitable that we help make them work better. We don’t have to do it all ourselves; we’re glad to partner with others. We built an easy to use app by being users ourselves. So we feel the best way to build software for buses is to run buses ourselves. And learn from running some public experiments.

Watch an app company fumble around with learning how to run a service with real vehicles and drivers! Reinventing the bus is crucial for the future of our congested cities and infrastructure. Let's figure out how to make cities more usable.