Adding to our existing French cities Paris and Lyon, we've now expanded across all four corners of the country and launched 6 new cities - Toulouse, Lille, Marseille, Nantes, Strasbourg and Bordeaux. 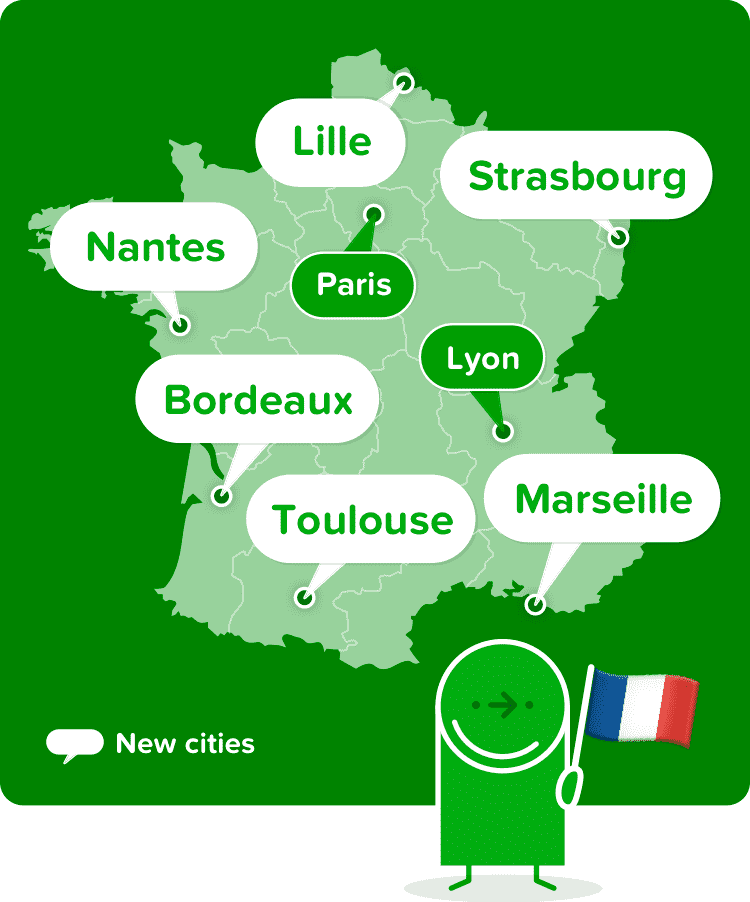 Introducing - the new members of the Citymapper family... 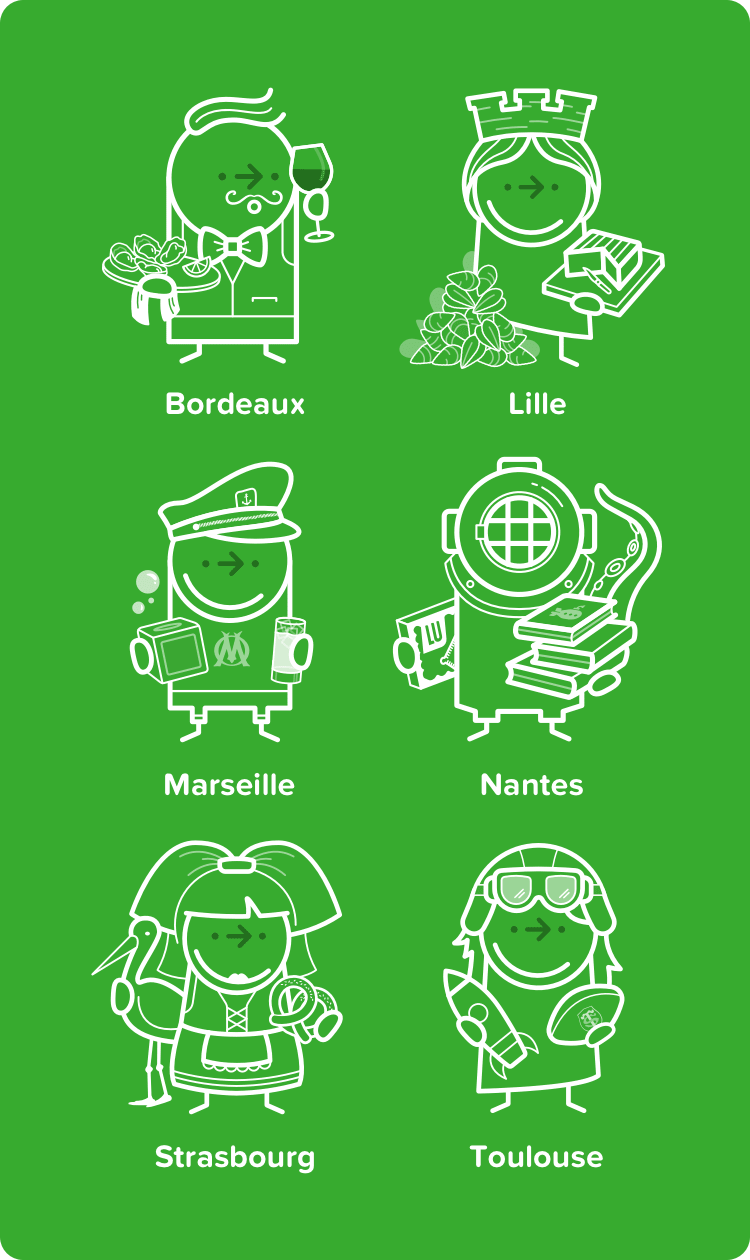 The one-stop-shop for ALL mobility 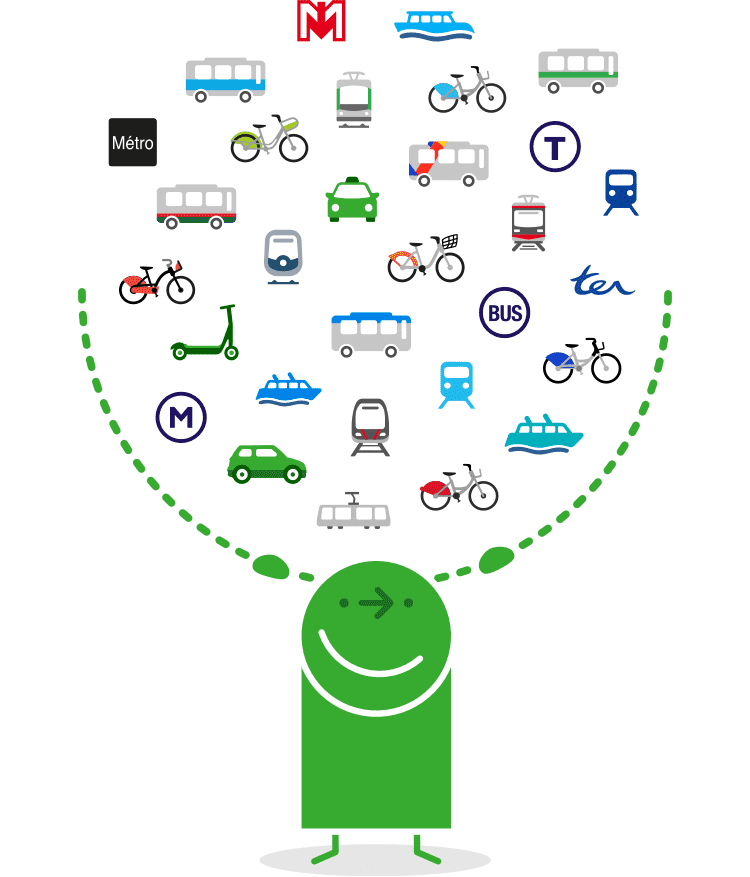 We've integrated not only the cities, but also their surrounding regions. 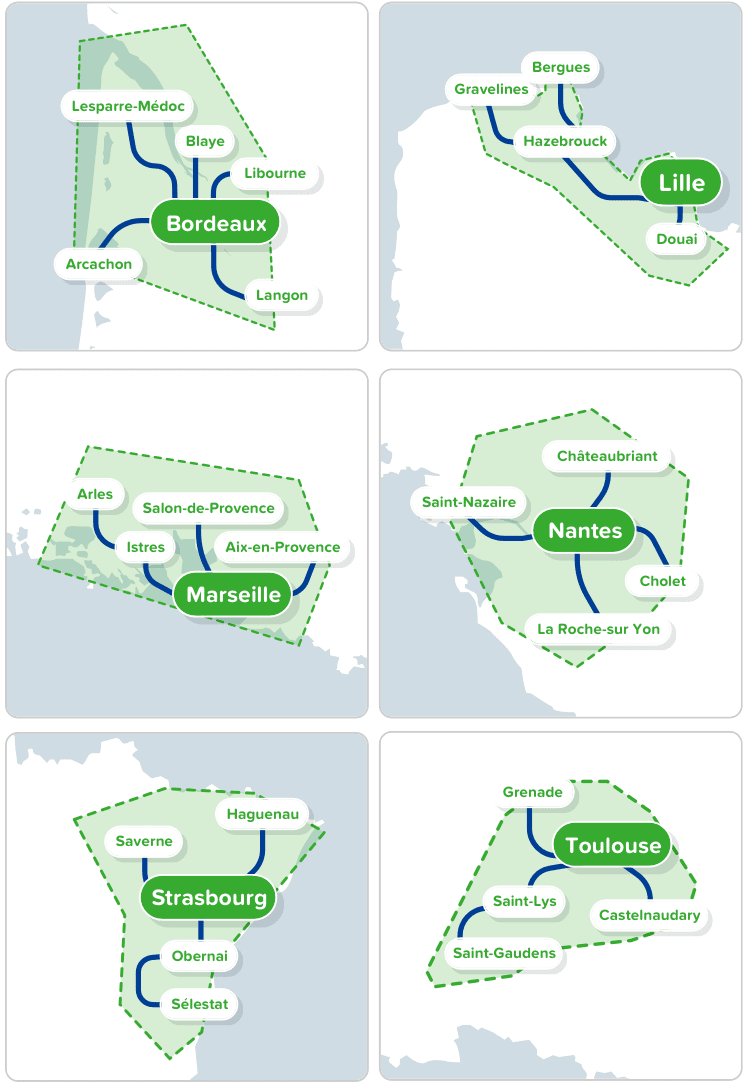 Packed with features, customised for each new city 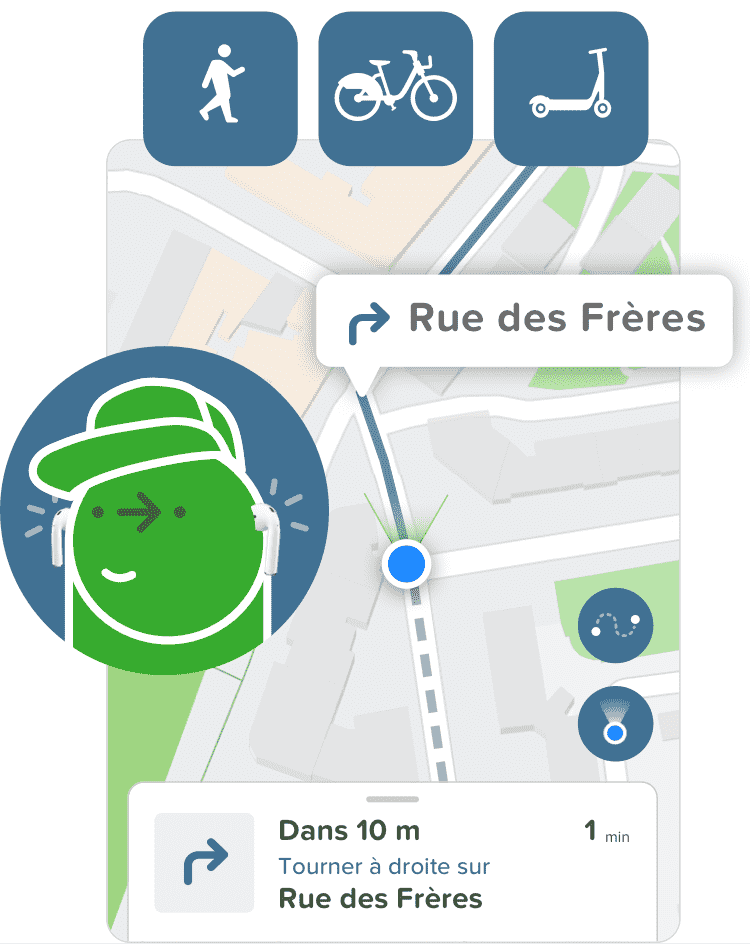 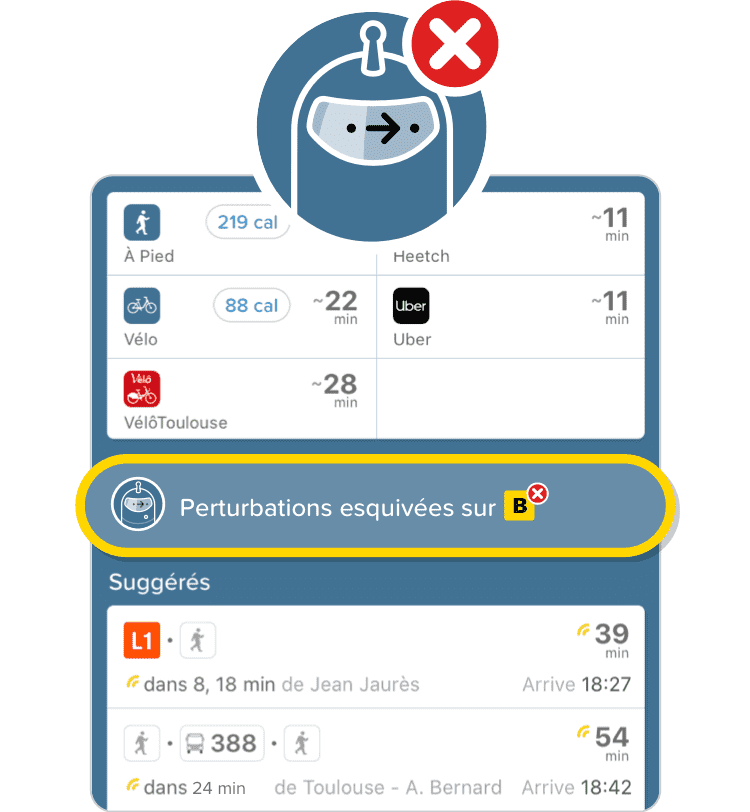 Get Me To The Nearest Boules Game 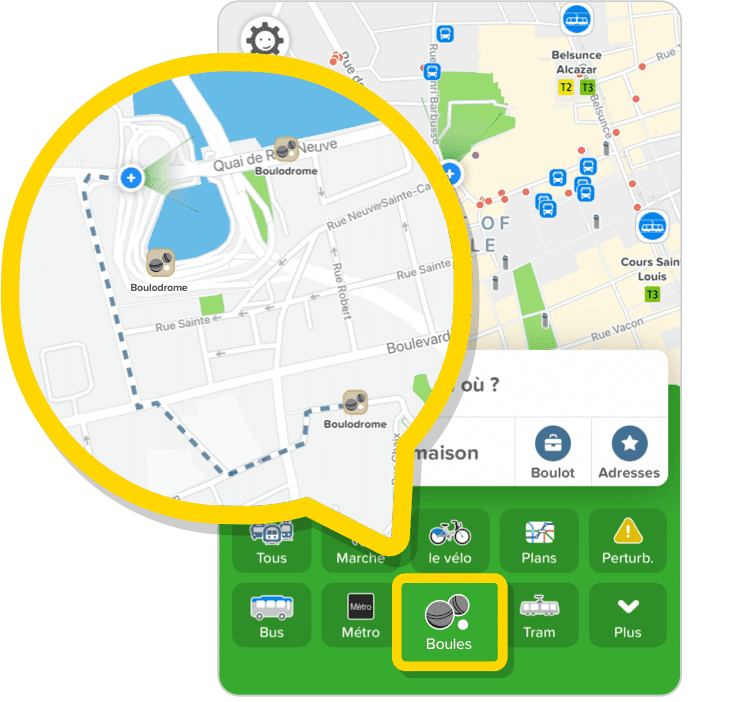 We've been busy recently, expanding our coverage. We've launched across all of the US (our biggest expansion ever), added the whole of Switzerland and The Netherlands, and now launched across France.