We are having a great time in Philadelphia - we got stuck in the snow, but at least the Sixers 🏀 🙌 are winning! 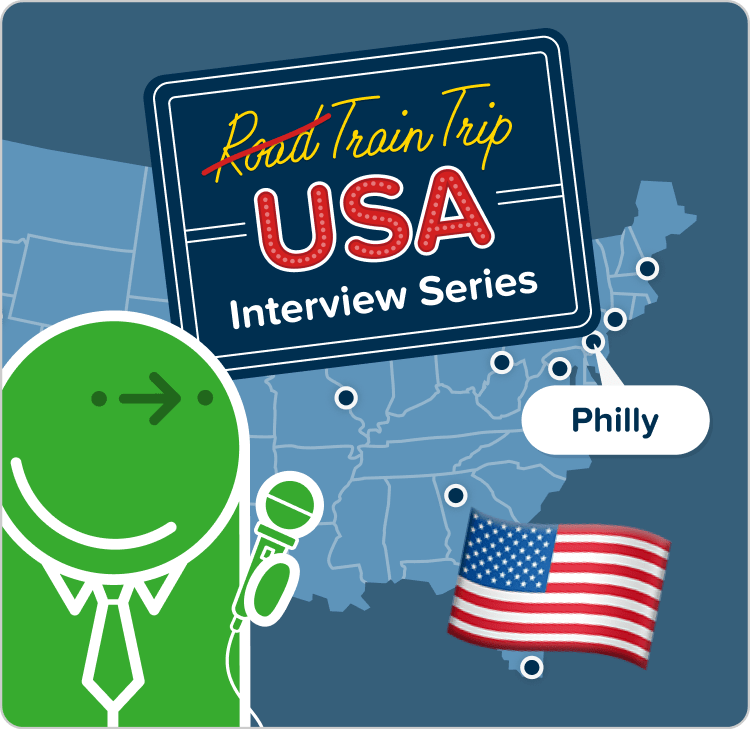 And most importantly, we've become fascinated with public transit in Philly. There's still much to learn, so we caught up with our friends and transit operators Marcus and Jesse. 🥁🥁🥁 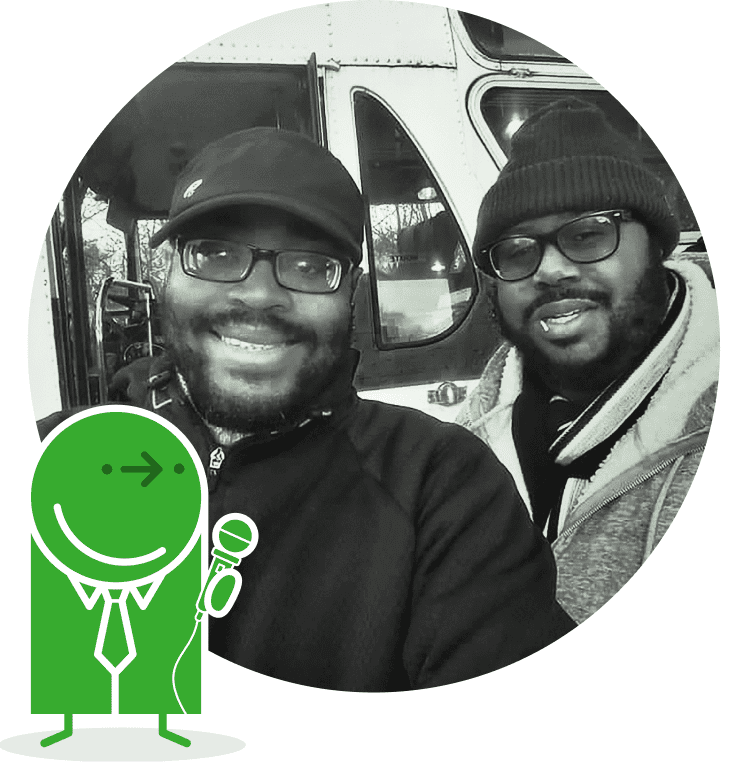 Marcus McKnight and Jesse Hunley have been interested in mass transit since they were young. They both served on SEPTA's Youth Advisory Council, the nation’s first body advocating for young riders in a major transit agency, and together they are developing a curriculum designed to teach school children the importance of transit while developing their geography skills. 🤓 🚍

McKnight’s other interests include traveling, food and cooking, and Hunley is an avid motorcycle rider and a cigar aficionado. Hunley lives with his wife and children in Philadelphia’s Germantown section; McKnight lives in neighboring Logan.

Hunley and McKnight are both transit operators in the Greater Philadelphia area. 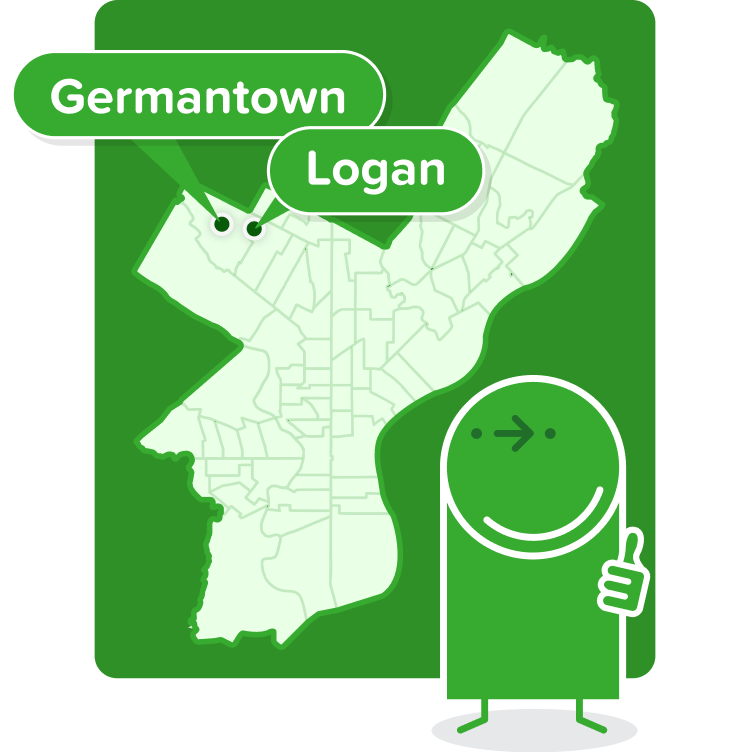 In light of Black History Month, we wanted to ask you: from funding, planning and infrastructure, to design and policing, how do we build a more equitable transit system in Philadelphia?

Both: Numerous things can be done! From a planning point of view, things need to be looked at from an employees and riders point of view--especially during “non-traditional” commuting hours. This might include but is not limited to: where transit lines terminate, how often they run, late night/early morning service coverage, etc. 🙌

We can also restore more city regional rail stations. The regional rail network has catered to getting more suburban and more often than not, wealthier people to the Central Business District. 💸 🚆 The system should be reoriented to get people to their destinations (regardless of race, class, gender, income, etc) in the most affordable and efficient way possible.

Having transit ambassadors systemwide could resolve a lot of problems that the police are summoned for. We’re extremely thankful for transit police and other law enforcement personnel, to help keep us safe, but they have a lot to do so calling them should be a last resort.

From a design point of view, the goal should be to maximize ridership across all modes. For example, new parking garages are a great asset--but it only reaches a certain class of customers most often, whereas expanded transit service (whether it’s a restored train line or increased bus frequency) would be more equitable so fewer people have to drive and everyone is able to access jobs, goods and services. Redesigning existing spaces onboard transit vehicles and at facilities would go a long way into making things more equitable. 💡 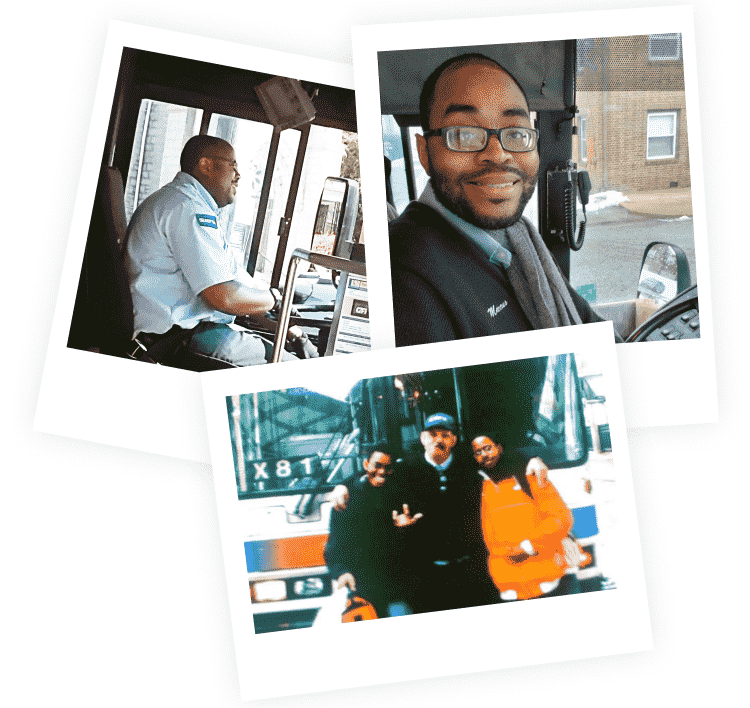 Tell us about the current state of public transit in Philly

JH: Currently, the state of public transit in the city is abundant & abysmal. Surface transit is at capacity with some lines (e.g. crosstown routes), while regional rail has suffered the most ridership loss.

MM: Some days, public transit is awesome. 🤩 Some days public transit feels like a chore. 🥴 The Greater Philadelphia region has a lot of assets within our transit network, but they don’t always “mesh” together well and it’s something that needs to be worked on. The COVID-19 pandemic is a good time to do a review of these assets and see how everyone can work together to achieve the number # 1 goal of public transit: Making it a low-cost, affordable alternative to driving! 💪 💯

What are the three most important actions that Philly can take in order to improve public transport across the city?

JH: Help residents learn about all modes that Philadelphia has to offer. 🚍 🚆 🚊 A lot of people have modes they can use to get where they need to go faster that they might not be familiar with. For example, a regional rail trip might cut your travel time in half compared to riding the bus with a transfer to another bus or subway.

MM: Educate, educate, educate. 👏 👏 This will echo Jesse's answer. Make sure people realize all modes that are available to them when they need to get somewhere. Officials can also make sure funding is allocated for projects that will have the most impact such as additional late evening and weekend service.

Both: The City can do basic traffic enforcement across the city to make traffic easier and free-flowing. This includes but is not limited to: not parking on corners, not blocking streetcars, not double parking, enforcing existing bus lanes, not blocking the box, pedestrian safety, etc. Local government officials can also work with its transport agencies to help lower fares so folks can pick the mode that works best for them without having to worry about costs. 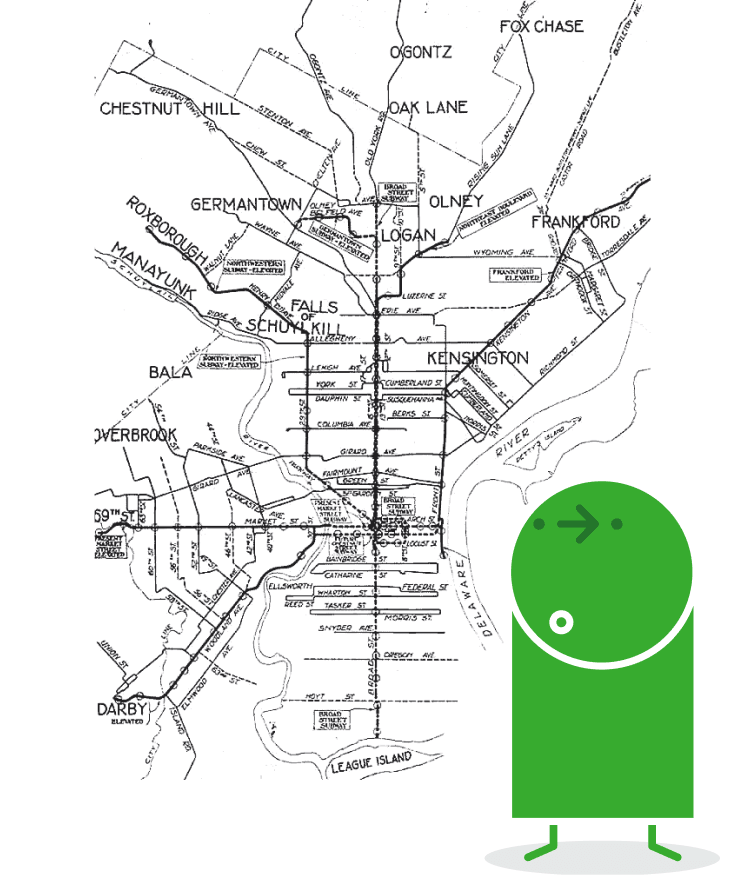 Citymapper has recently launched features and partnerships that empower active travel (walking, cycling, scootering). How do you see these modes changing (or evolving) in a post-COVID era in Philadelphia?

Both: By encouraging active travel, more city residents can become more acclimated to things within their own neighborhoods that they might not have noticed by car. 🤩👟There are hidden gems that you will miss when you’re rolling by at 25 mph and some of the city’s best kept secrets are discovered by walking! 💎 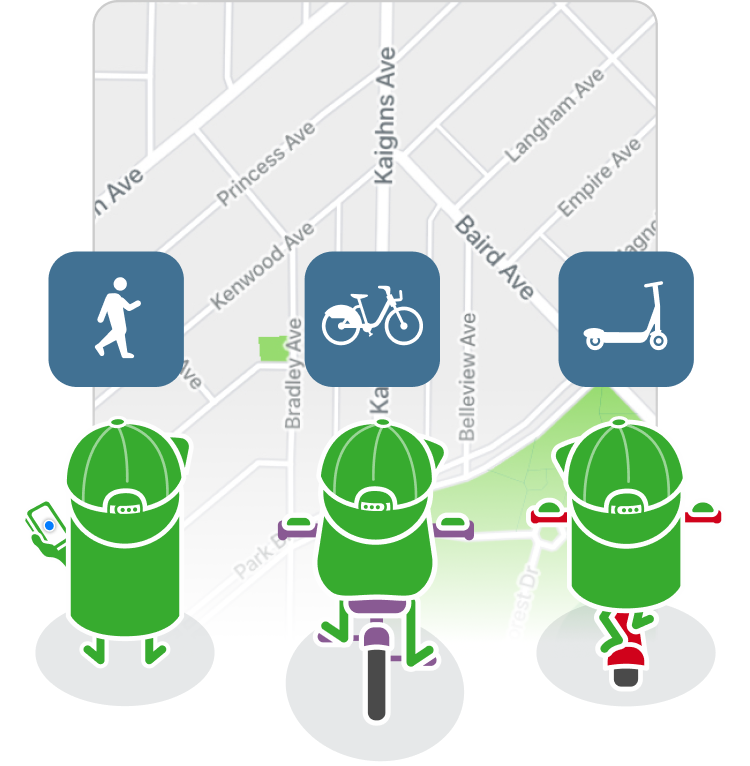 In a world where we're successfully coming out of the pandemic, what needs to be done to encourage residents of Philly to ride public transit without worrying?

Both: Two things need to be done. First, there needs to be an increase in funding locally to make sure that enhancing cleaning can continue permanently. 🚌 😷 Making sure vehicles are sanitized at major bus terminals, loops or stations--in addition to thorough daily cleanings would ease people’s minds. Second, a committee needs to be established which consists of riders, employees, healthcare, government and other officials who can create a plan on what to do if a pandemic happens again. ☝️ There’s never such a thing as being too prepared. 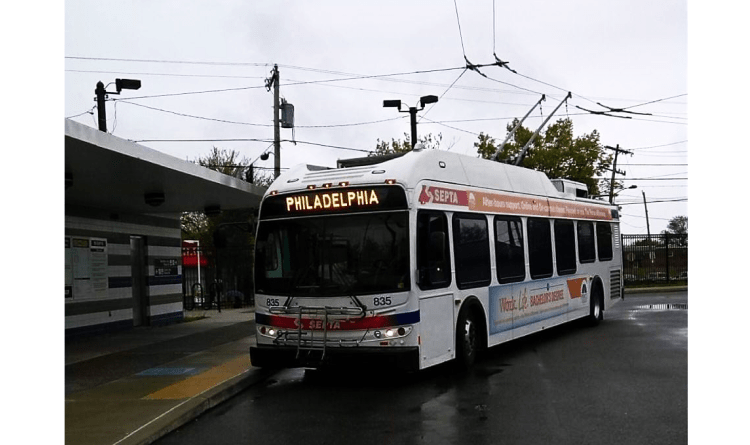 At the federal level, what types of actions can the Biden administration take to transform the state of public transit in Philadelphia?

Both: Make sure that public transit in Philly and across the country has dedicated capital AND operating budget funding. Everything shouldn't be through the farebox or from state and local governments that are currently struggling with taxation.

Are there any lessons, case studies, innovations that other American cities can learn from Philadelphia?

Both: Yes. We both served on the nation's first youth advisory council for public transit. This program should be adapted in cities across the country because youth are the future and their voices about the current state and future of public transit should be heard 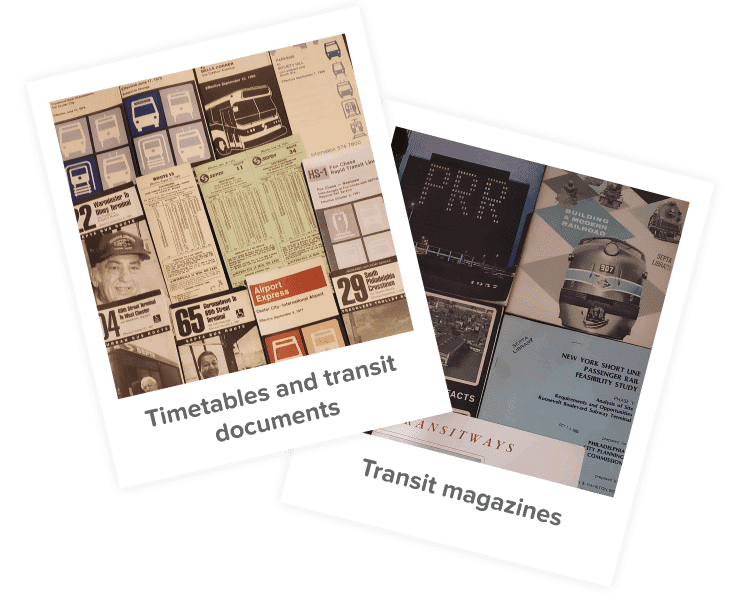 How can Citymapper support the future of transit / movement in Philadelphia?

Both: One of the biggest things Citymapper can do locally and also across the country is to do a lot of research, outreach and offer assistance. There are numerous smaller agencies and companies that might not have the technological capabilities to create their own app, so those riders might still rely on paper timetables and calling in to find out about service information. Seek out those companies that want to expand information and include them on the app! 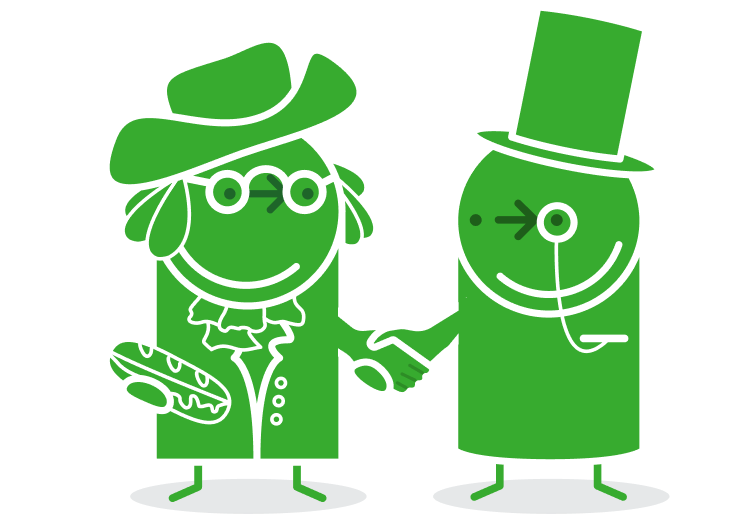 JH: The Norristown High Speed Line. It's one of the last interurban lines left in the United States and it has a very storied history. One of my favorite routes in the system!

MM: A ride on the Paoli/Thorndale Line. Numerous Main Line towns are served by this line with dozens and dozens of restaurants, bars and breweries along the way! 🍻 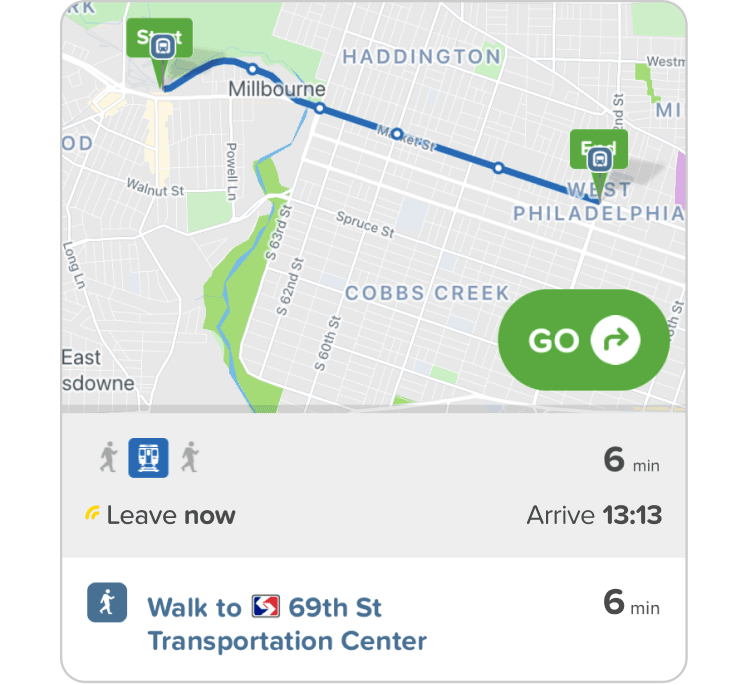 JH: San Francisco. Their vintage streetcar lines and cable cars are amazing---and is a reminder of yesteryear. 🚋 😲 A lot of the historic trolleys there are from Philadelphia!

MM: I'm torn between SF & Boston for their multimodal diversity and Chicago for their awesome elevated train service. 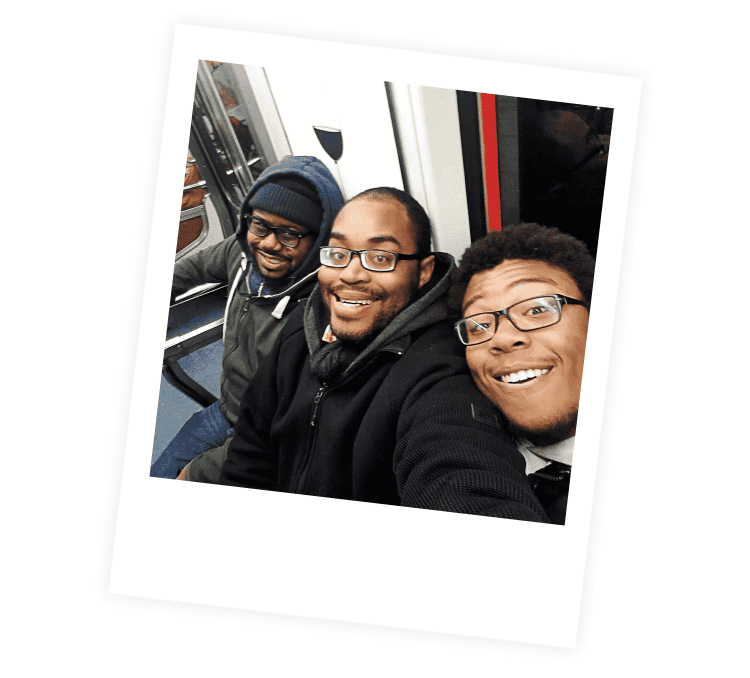 That's it for Philadelphia! 💚 🙂 It's time to head south for warmer weather - join us next week for another chat on our US train trip.

PS. Have any thoughts on movement in Philly? Should we come to your city next? Don't be shy - drop us a line here or tweet at us @Citymapper