Phase 1 of the Elizabeth Line is now officially running... 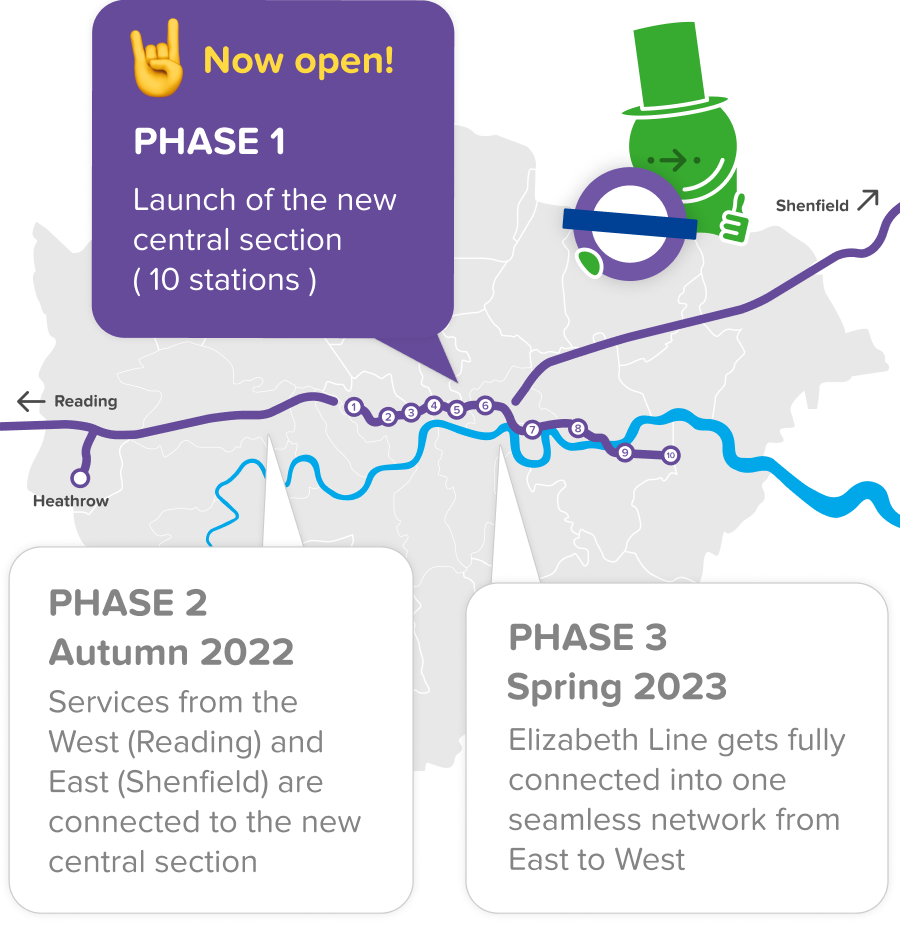 It's already in the app

Just plan a trip and see how Phase 1 will speed up your commute! 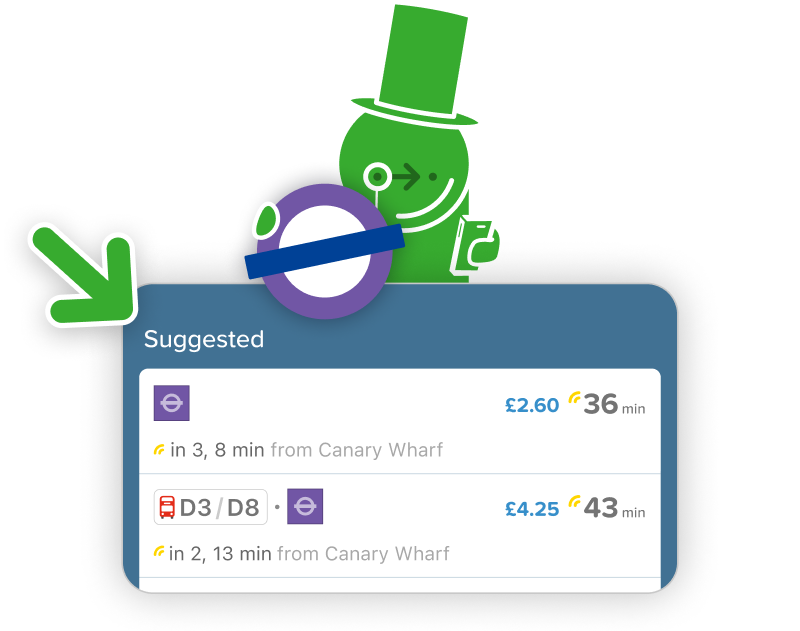 Tap on a trip and see all the details including best entrances, best carriage, and traveltimes 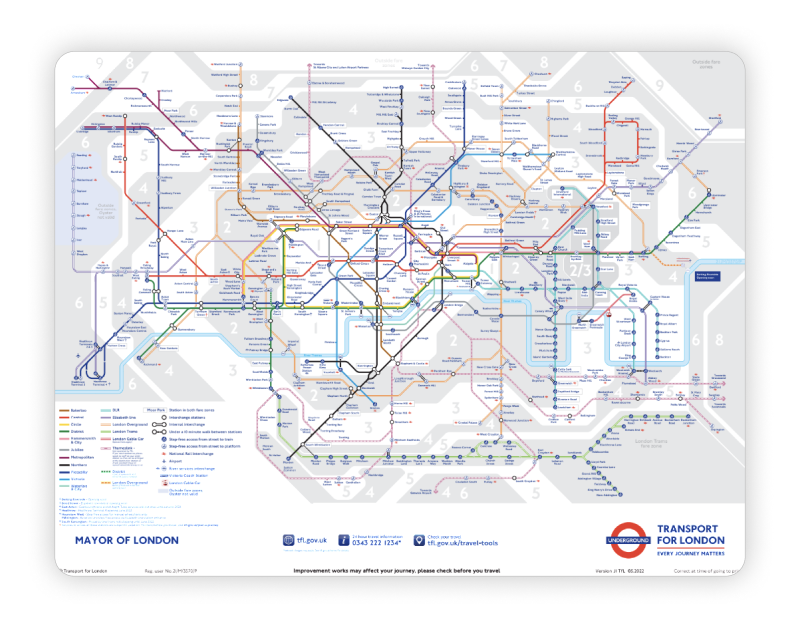 Here's a nice video with some architectural background on the stations...

So what's next? Here the details... 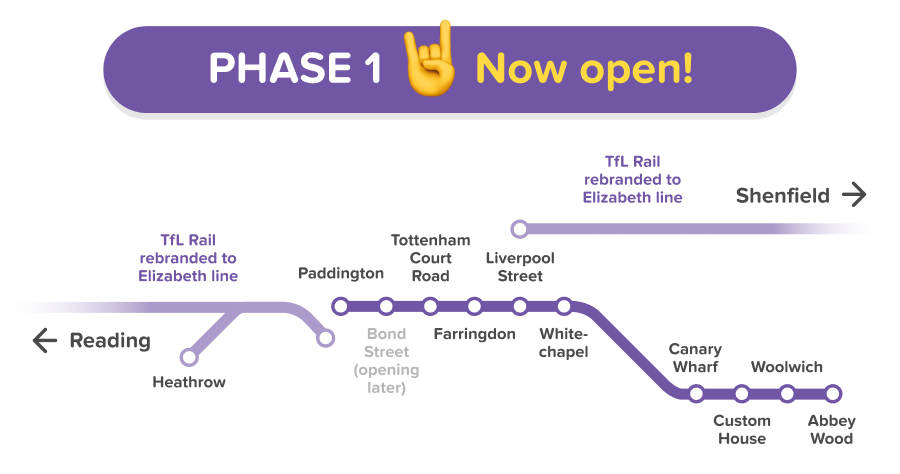 OPENING MAY 24th 2022 - Phase 1 will introduce 10 new Elizabeth Line stations in central London from Abbey Wood to Paddington. The new and shiny “Class 345” trains will run at a frequency of every 5 minutes. Also, existing TfL Rail services will be rebranded to become Elizabeth Line. 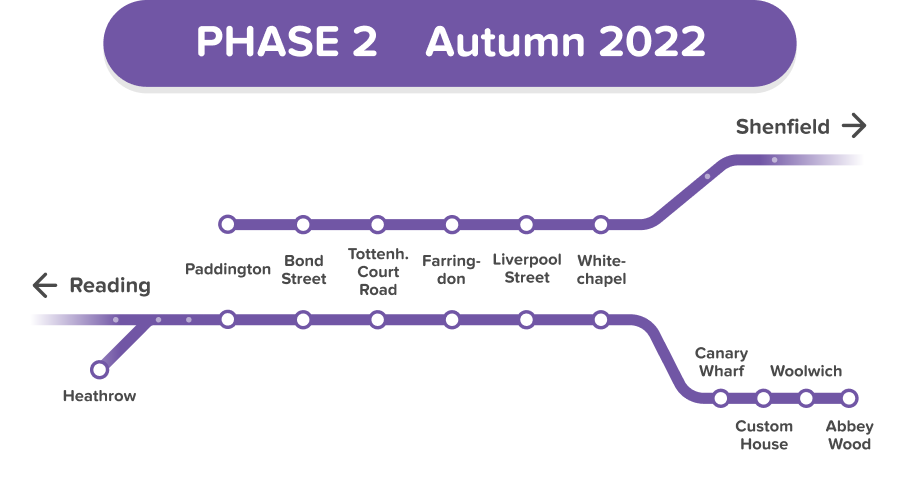 OPENING AUTUMN 2022 - Phase 2 will integrate services from the east and west into the new central tunnels and stations, enabling trips from Reading and Heathrow through to Abbey Wood, and from Shenfield through to Paddington. The service in the central stations between Paddington and Whitechapel will ramp up to run 24 trains per hour (every 2.5 minutes) during the peak.

OPENING SPRING 2023 - Phase 3 is the final phase of the Elizabeth Line, with all routes up and running, connected into one seamless network from East to West! There will be 24 trains per hour (every 2.5 minutes), running through the central section during peak hours. 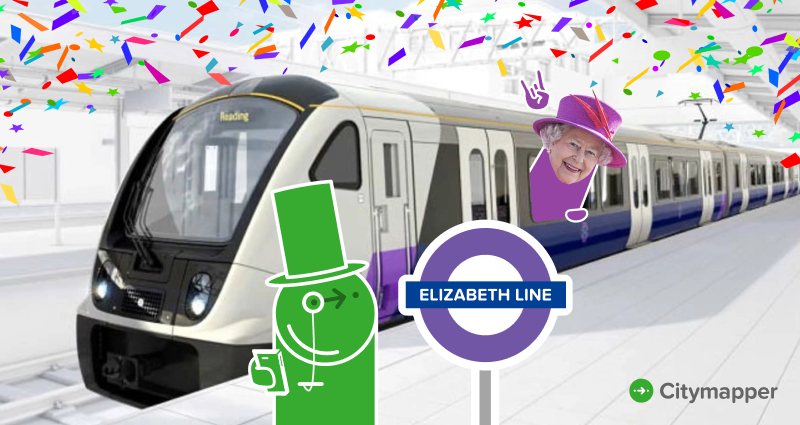