We are running wild 🐾 in the concrete jungle 🐯 of NYC! Thrilled to chat 🎙️ with local NYC 🗽transport fans Sascha Segan, Philip Miatkowski and Lauren Rushing during our subway trips 🚇 around the 5️⃣ boroughs. 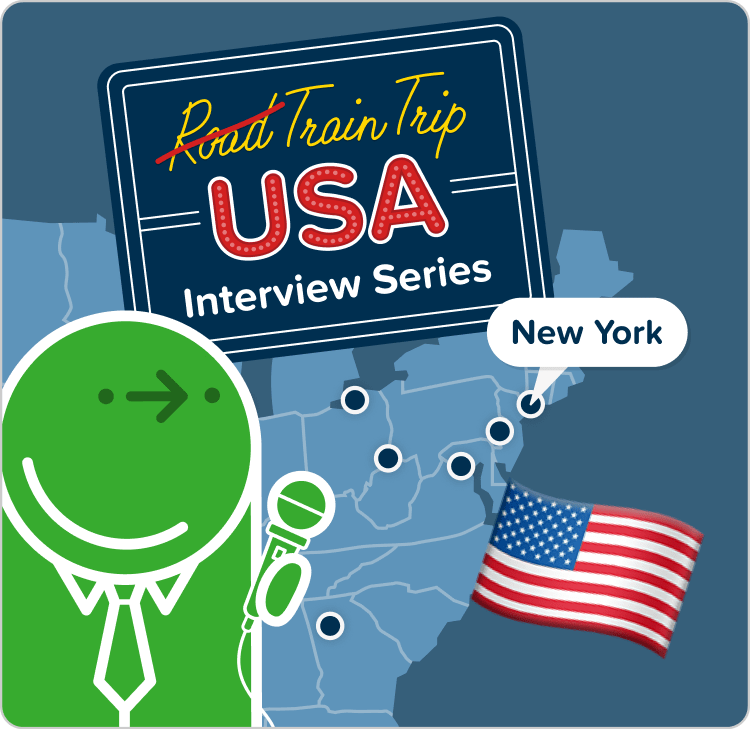 Sascha Segan grew up on the subways of 1980s Manhattan. He’s now the mobile expert at PCMag.com. A non-driver, he takes transit in cities from Tucson to Seoul. His latest work is a newsletter about 5G. 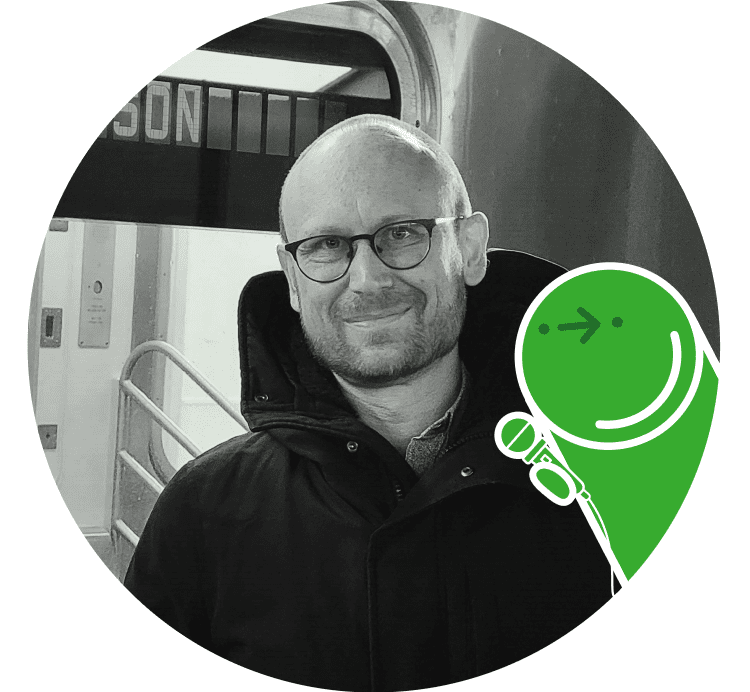 Lauren Rushing is a mobility planner and advocate for alternative transportation and serves on the Board of Directors for Young Professionals in Transportation NYC. Lauren received a B.A. in Environmental Science and Policy and a M.S. in Urban Planning from Florida State University. 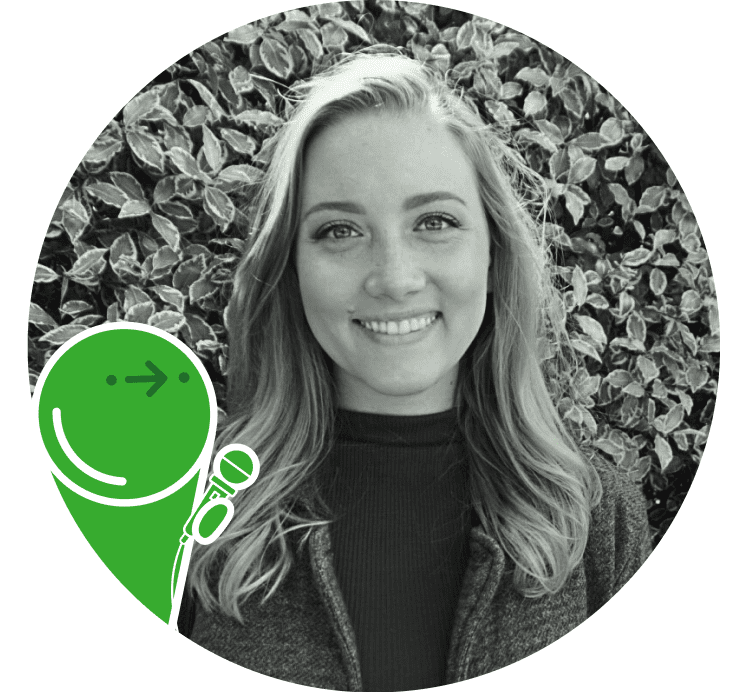 Philip Miatkowski is the Director of Research at Transportation Alternatives. He holds a Masters in Urban Planning from the NYU Wagner School of Public Service and previously worked at TransitCenter. 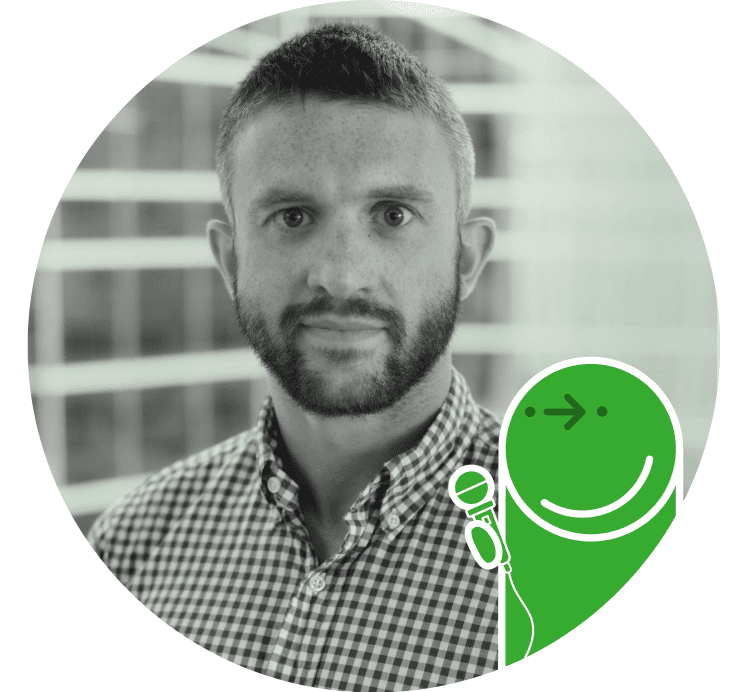 What are the 3 most important actions that NYC can take in order to improve public transit across the city?

01 - Bring back overnight subway service 🦉🌙. We're supposed to be the city that never sleeps, and we were built around all-night subway service 🚇. Our jobs and lives were designed with that in mind. It's completely inexcusable that the Governor has kept that turned off.

02 - Prioritize transit lanes. New York buses carry huge numbers of people but are slow, because of traffic. Let's lay down bus corridors 🚌 with dedicated lanes on boulevards where we can't dig subways. Include protected bike lanes 🚲 in those, too.

03 - Consolidate responsibility. Transit in NYC is controlled by a bunch of bickering fiefdoms at the city and state levels. City transit should be run from New York City, not from Albany, and the city should be able to unify and coordinate every bus, train, ferry or gondola that makes more than one stop within city limits. 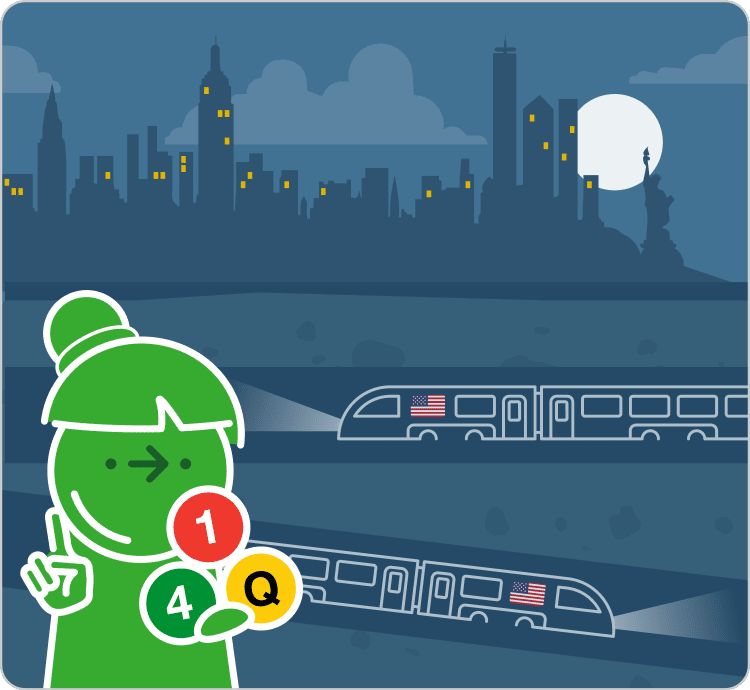 How do you see new modes around active travel like 🚶🚲 🛴 evolving in NYC?

Lauren: While we are painfully aware of the tragedies caused by the pandemic, one silver lining has been its impact on transportation. It has been a true joy 😊 to watch this year as people dusted off their bikes, spent more time walking in the city, or tried out a scooter for the first time.

Cycling 🚲 levels were higher last year than they have ever been. For many people, it has brought them back to their childhood or meant that they got to know their neighbors well for the first time. The world 🌎 has finally begun to think differently about how we use our public space and get around our cities. For some, I think this change will stick. Some may switch to biking 🚲 or scooting 🛴 as their main form of transport. In general, I expect that people will shift to more multimodal travel behaviors.

It’s no secret that the U.S. is a car-centric country, but the pandemic has really caused a shift in this framework. We are seeing politicians at all levels of government 🏛 really starting to pay attention to active modes as a legitimate way of getting around and a real solution to some urban challenges. Post-pandemic I see these modes taking a higher priority than they have in the past with more projects and policies focused on incorporating them in daily life in NYC. For example, the continued expansion of Citibike and more bicycle/micro-mobility parking. 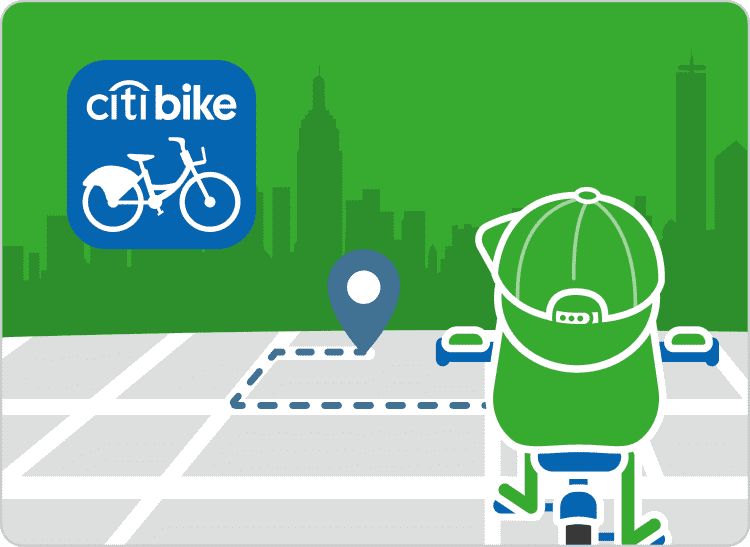 The Open Streets/Restaurant Program, which takes street space from cars and gives it to people using active modes, has already been made permanent.

More recently, Mayor De Blasio announced the conversion of car lanes to bicycle lanes on both the Brooklyn and Queensboro bridges – a change that livable streets advocates have fought for many years.

In other exciting news, the latest MTA gossip is that the Federal Highway Administration is planning to fast track the environmental process for congestion pricing 💰.

In a post-COVID world, what needs to be done to encourage taking public transit without worrying?

Philip: I’m of the mindset that if we meet our public health goals and the MTA follows the science 👩‍🔬 in regards to COVID-19, ridership will come roaring back. But that comes with a big caveat, which is that the system needs to be frequent, fast, and reliable - and probably more so than before COVID-19. If a bus with dozens of passengers is stuck in congestion behind single occupancy cars 🙅‍♀️🚗, riders will be less likely to use mass transit.

New York needs to entice riders back and as the virus will fade away from our memory, they will demand that frequent, fast, and reliable service more and more. 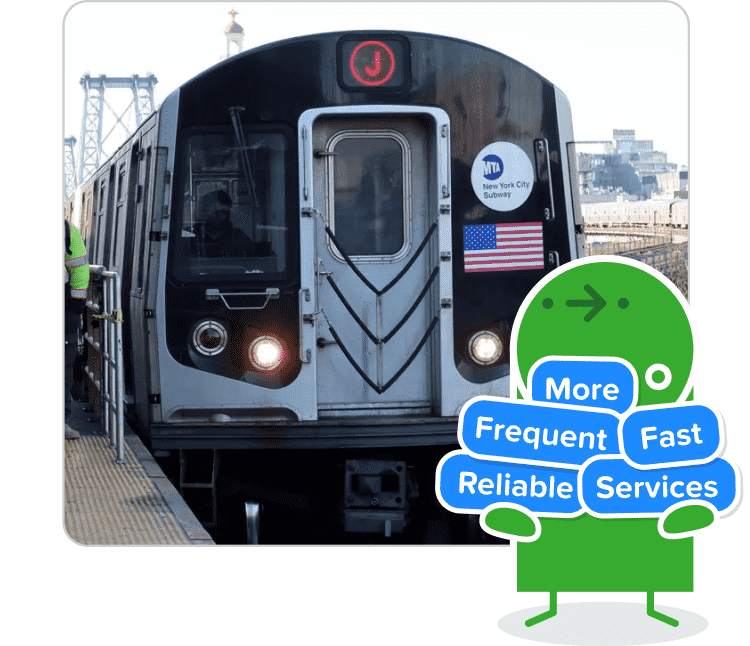 Are there any lessons, case studies, innovations that other American cities can learn from NYC?

Sascha: Here in my neighborhood of Jackson Heights, the community got together to turn a long stretch of a residential avenue into a 🚶‍♀️🚶‍♂️pedestrians-first "shared street". It's been tremendously successful and could be a model for other inner-city areas where there aren't enough easily accessible parks 🌳. 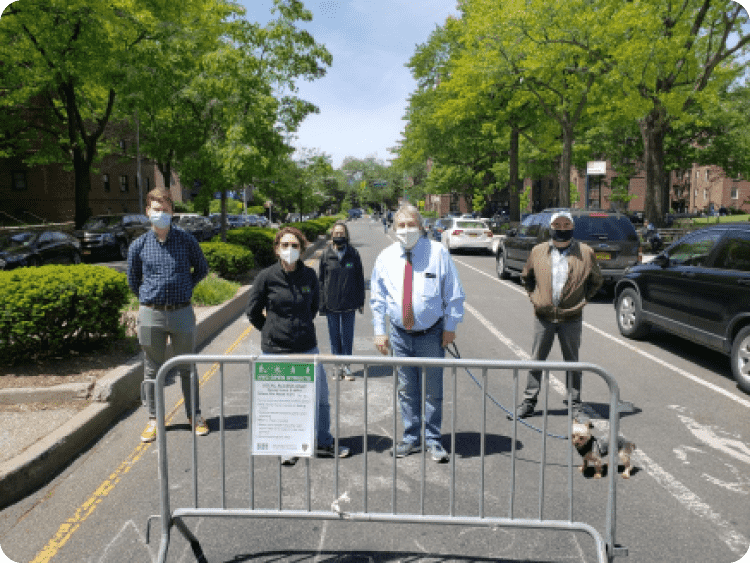 How can Citymapper support the future of transit/movement in NYC?

Philip: What I love 💚 about using Citymapper is how integrated all the different transit modes are in a single interface. I feel in total control and I love options. 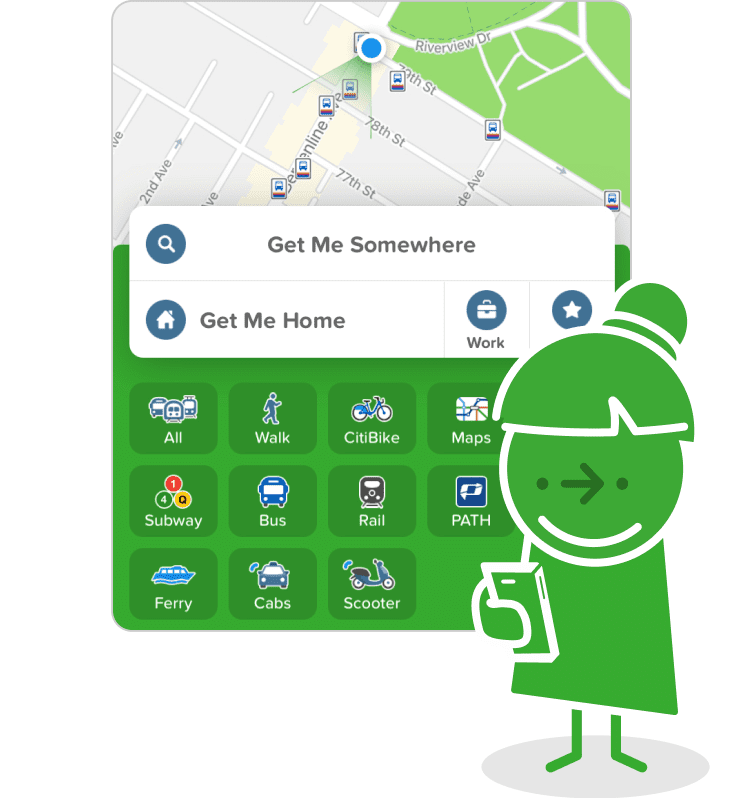 One feature I’d love to see and could make an impact would be suggesting slightly longer transit options that are less crowded 👥. I think a lot of New Yorkers🗽 would be more than willing to walk a few minutes 👟👟 further to avoid the train that stops at 34th St-Penn Station right as a concert gets out, for instance.

Lauren: Between Manhattan and Brooklyn, the B, D, N, and Q trains emerge from the ground and fly over the Manhattan Bridge 🌉. Ride at sunset and feast your eyes on one of the world’s most famous, magical cityscapes 🌆. 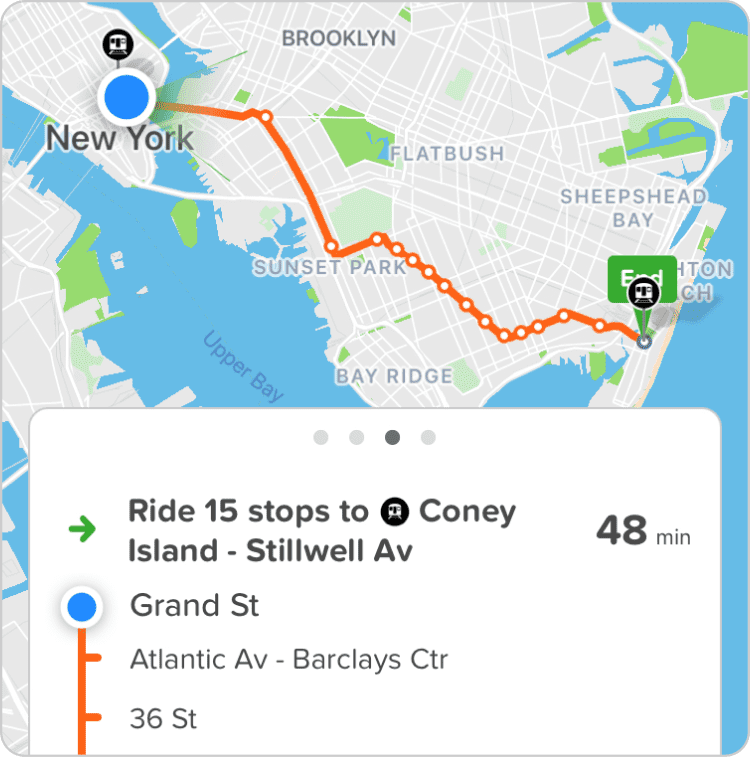 Sascha: Can I say Canada 🇨🇦? Montreal is doing amazing work right now. Building all those rail lines 🛤, so fast, so low budget, connecting new parts of the city, with their proposed frequencies … I wish we could get it together like that. And have you seen the headways on their subway lines? Bow down 🙇‍♂️.

Philip: Paris! I really want to go visit with my 87-year-old grandma who loves to bike and lives in Poland 🇵🇱. She hasn’t ever been to Paris 🥖 and it’s her dream trip. We’d get to bike around together on all the new infrastructure that’s been built in the city.

Philip: For me it's the integration and how seamless it is. To me, it feels like an app📱that was built by city planners but designed for how an average person thinks about getting from place to place.

If I had to pick a single feature though, it would be how the bus information 🚌 and especially the routes are displayed. The biggest hesitancy to riding buses is the unknown of when and where the bus goes and stops, and most bus maps 🗺 are absolutely awful. The Citymapper bus features strike a balance between simplicity and usefulness 💚. 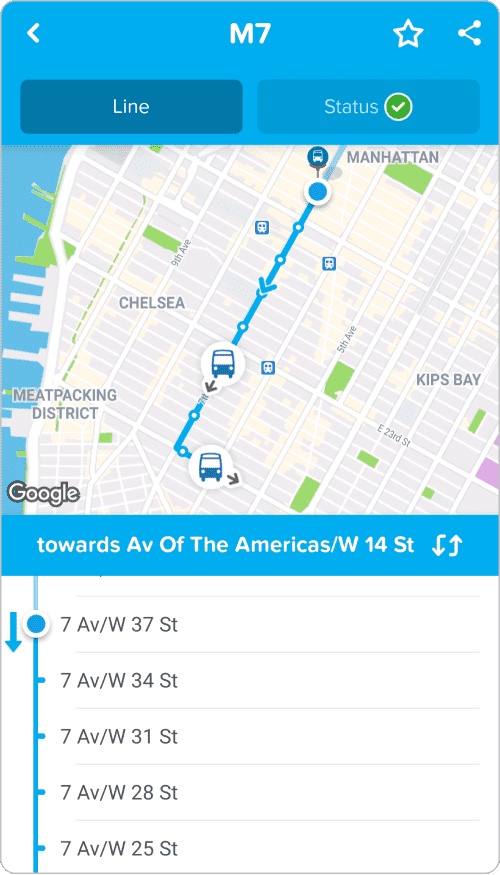 Favorite transit meme of all time? Which one is the goat? 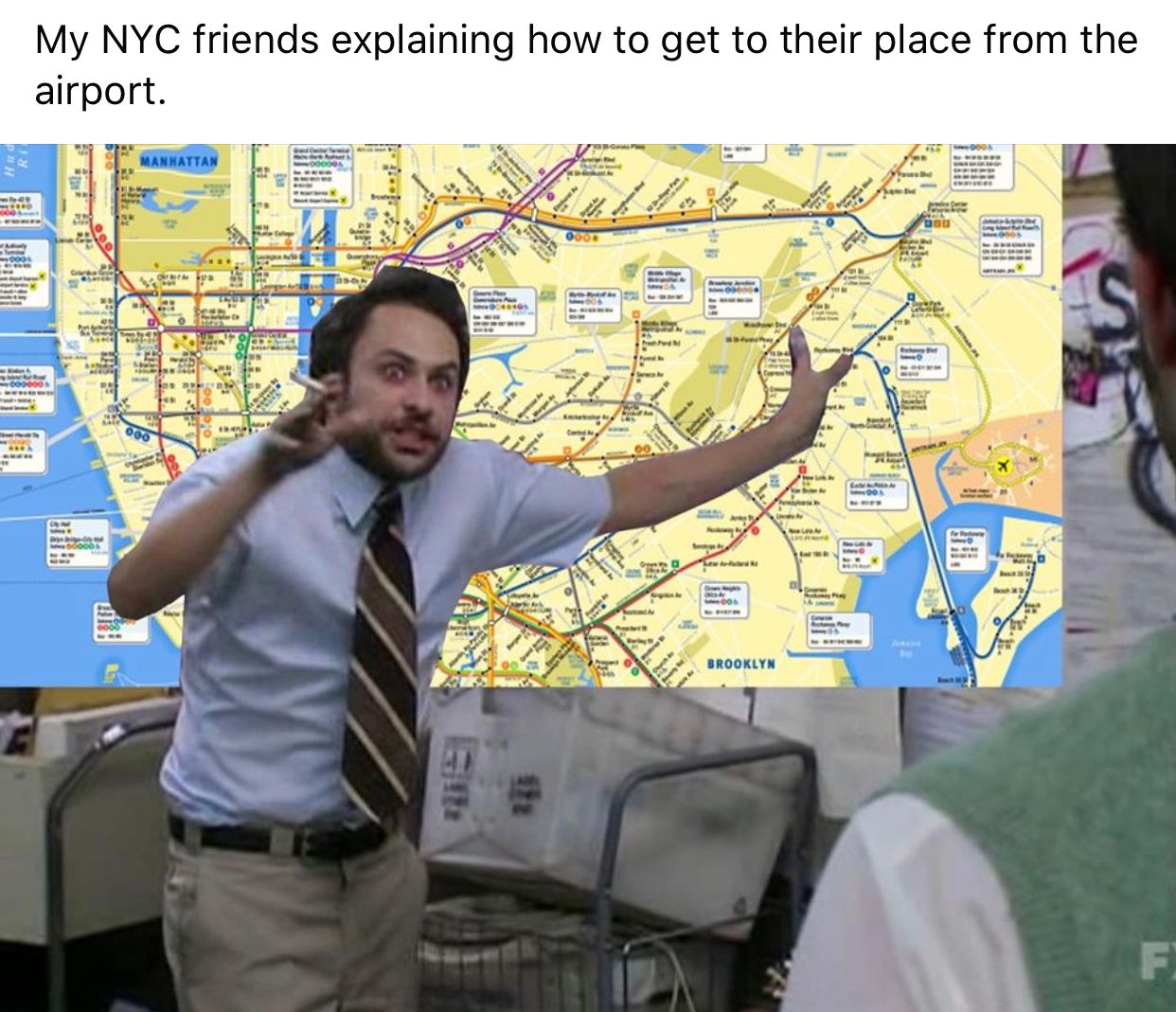 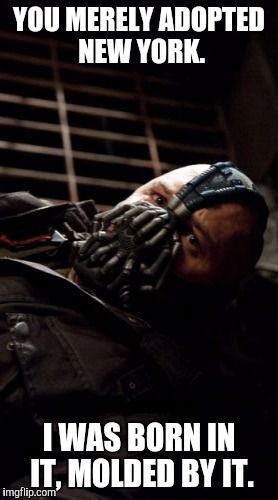 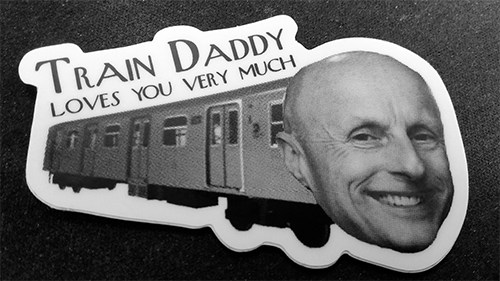 Thank you Lauren, Philip and Sascha!

We're transferring off our subway 🚇 to the westbound train 🚂. Check back next week to see where we're going! 🏔🏔

Much love,
The Citymapper crew 💚

PS. Have any thoughts on movement in NYC? Should we come to your city next? Don't be shy - drop us a line here or tweet at us @Citymapper