It's a full house 🏘️ in the Bay Area, with more than 20 transit agencies - BART 🚆, Muni 🚇 🚃, and the Golden Gate Ferry ⛴️, just to name a few! It's an even fuller house with Hayden and Johnny, transit planners ready to give us the rundown. 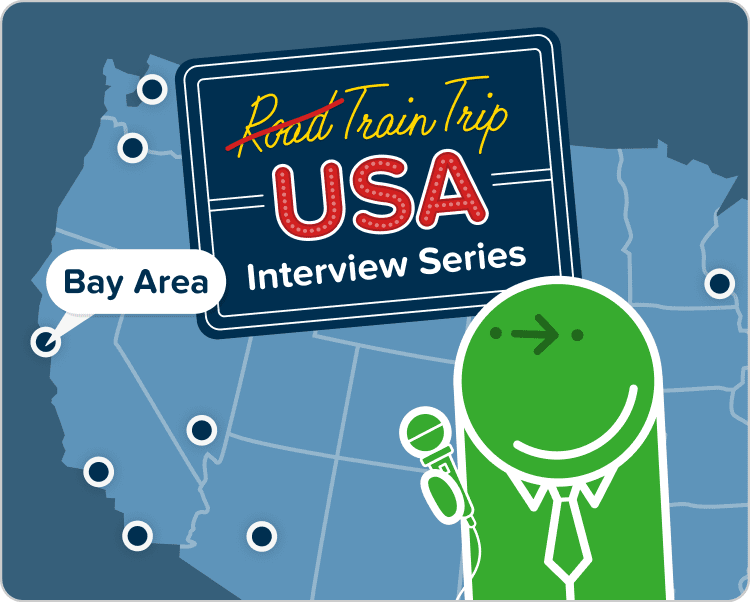 Hayden Clarkin is a Transportation Engineer/Planner who has spent the last three years in the Bay Area working on large-scale transit projects on both coasts of America. A self-admitted transit nerd, Hayden founded TransitCon, a free and virtual platform for those passionate about sustainable transportation. 🌍 🌿 His experience is in all things multi-modal: heavy rail projects 🚝, transit station design 🚏, BRT service planning, and design 🚆, bike/ped facilities 🚲, transit-oriented development (TOD), ferry planning ⛴, public outreach campaigns, and more. 👏 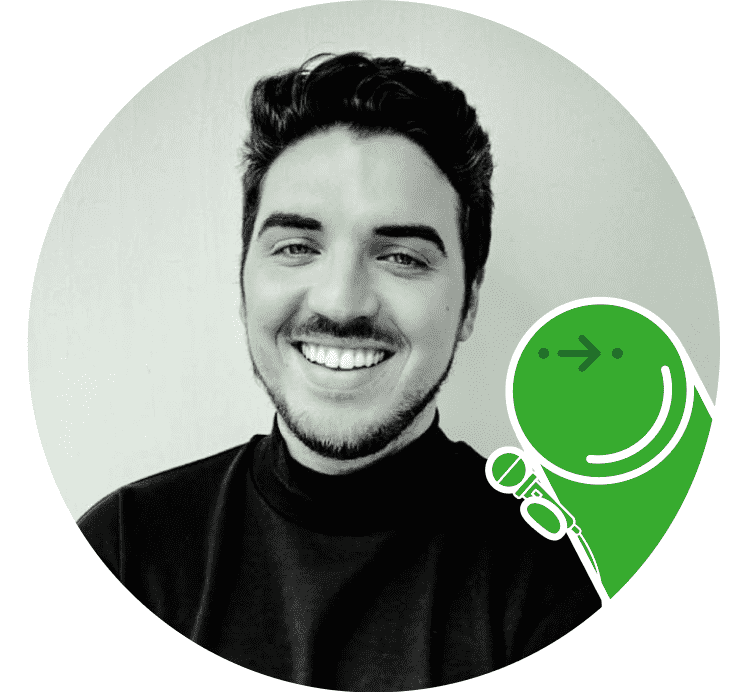 Johnny Menhennet is a planner, currently working in climate action planning for Milpitas. 🌽 His primary interests lie in transit-service planning and land-use planning, and community outreach (particularly to linguistic minorities) is a main focus of his current and hopefully future work. 🙌 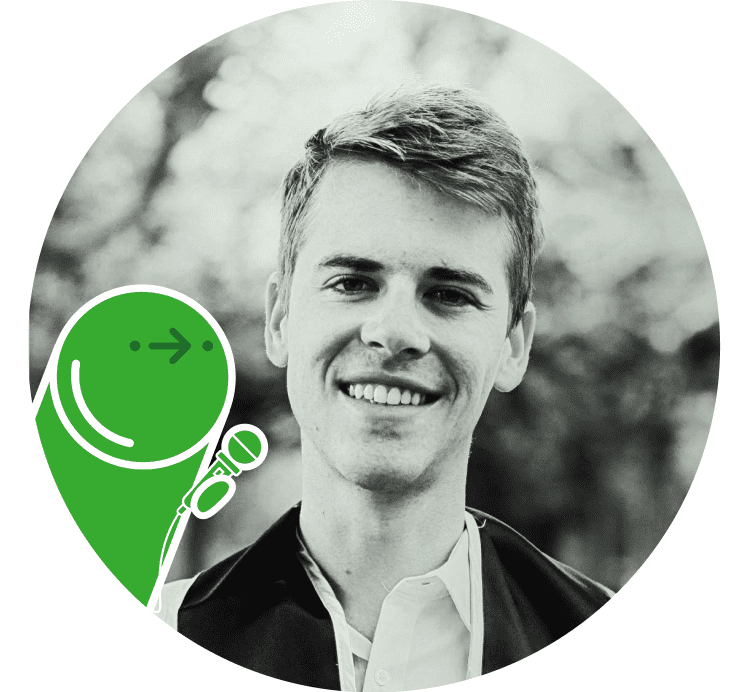 Hayden and Johnny: Because nearly all proposed projects with regional significance are megaprojects 🧠, it’s hard to commit necessary funds or spend the political capital needed to see any of them through, which derails timelines and funding prioritization.

The Bay is so spread out that one project somewhere always makes another subregion feel like it’s not getting its share of spending. 💸 Obviously, regional fragmentation is a drag, and more obtuse than any other city in the country, by far. State efforts from Assemblyman Chiu to legitimately work toward fare/service integration are a step in the right direction.

Lastly, something about which we’re optimistic is the turning point for BRT in the Bay. Tempo opened last summer, San Jose has completed BRT segments along Santa Clara St, and both Van Ness and Geary are coming soon. I think the renewed focus on buses is great for our community and is leading us forward properly. 🚌 🙌 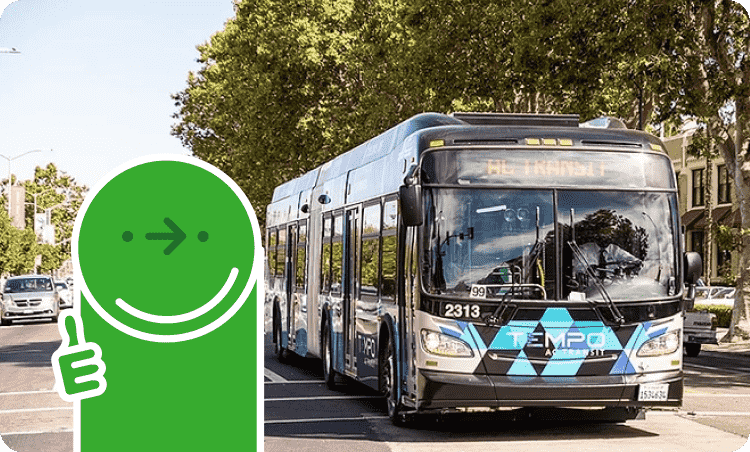 What are the 3 most important actions that the SF Bay Area can take in order to improve public transport?

01 - Consolidation of service providers, and greater coordination across those that remain, will be crucial to any significant improvement in the condition of public transit in the region. 🧮 With 27 providers, there is not the power or capacity to collaborate effectively as is.

02 - The greater implementation and enforcement of transit priority, through both dedicated rights of way 🛣 and signal priority 🚦, would be transformative as well.

03 - Congestion pricing would be huge. Downtown SF 🌉 is the most transit-supportive regional center pretty much in existence, with insane road congestion. Becoming America’s #2 city after NY (hopefully) to implement a congestion fee in the densest parts of the City would be significant and meaningful to equitable and predictable transit funding in the City and region. 💯 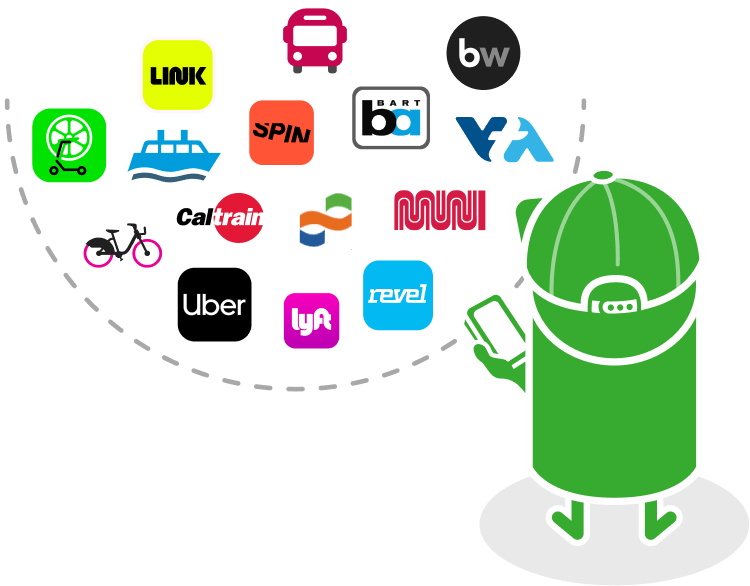 What public transportation infrastructure project are you looking forward to?

Hayden: Caltrain Electrification in 2022. To increase the off-peak frequency from 1 train an hour to 6 trains is transformative. 🚞 Plus the electrification⚡️ will lead to California High Speed Rail (CAHSR) being one step closer as it will use the same tracks.

Johnny: I agree with Hayden on the importance of CalMod 🚉. It will blow out of the water all other regional rail operations in the country, and truly catalyze even greater usage along its corridor. I’m excited that one day VTA will connect BART at Berryessa to Diridon and complete the loop around the Bay ➰.

On a smaller but still impactful scale, I’m happy with the progress on bike/ped improvements in Oakland and San Jose. San Jose is a current regional leader with protected intersections, and Oakland’s complete streets and bulbouts are also notable. 🚲 🚶‍♂️

Are there any lessons, case studies, innovations that other cities can learn from the SF Bay Area?

SFMTA operates both MUNI and manages the street and ground transportation for the city and county, which allows for a homogeneous strategy of bike/ped, safe streets, parking policy, and transit improvements 👍

San Francisco uses its grid really well to create a legible and efficient bus network. It takes no more than one transfer ☝️ to get to most of our destinations within the city!

I agree that the clear grid 🛣, frequent service 🚌 🚌, readable map 🗺, and reliability of SFMTA are huge, along with the system’s network design which in my opinion is the most optimized balance between radial and crosstown service seen anywhere.

Additionally, and especially with recent momentum, the quick-build policies for bike/ped and transit are commendable and should be replicated elsewhere. Finally, I must say that the extreme success of SF heritage systems 🚎 (cable cars and particularly E & F lines) is because while they are operated with heritage tech, they are actually frequent and useful on their own within the network! 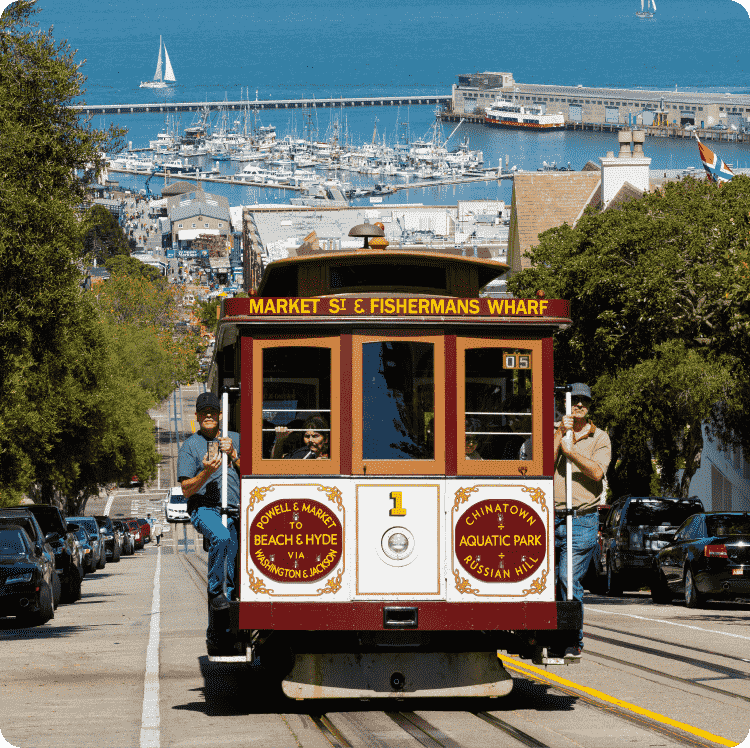 Citymapper has recently launched features that empower active travel. How do you see these modes 🚶‍♂️ 🚲 🛴 evolving?

Johnny: I like that the multimodal 🚲 🚆 🚕 and active 👟 transportation inclusion is so clear, especially with the current preference for active transportation and non-enclosed spaces being at the top-of-mind for many as they prioritize safety and distancing. I see e-bike demand continuing to grow, and Citymapper’s bike routing will pair nicely with that. 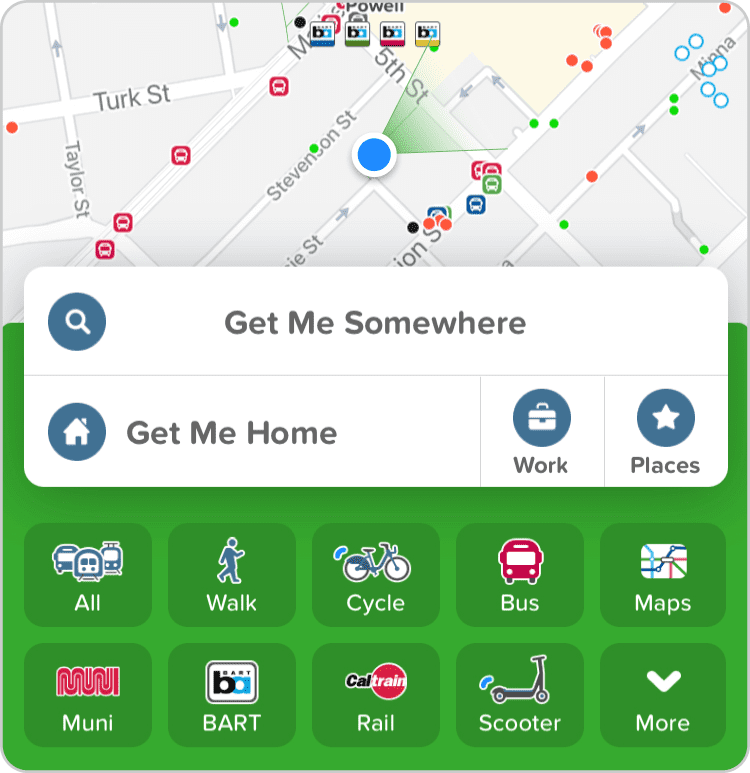 Johnny: I’m from San Diego 🌴, so I hope that my envy of their public transit network, organization, and service isn’t clouded by bias, but I think they’re doing a lot right! A huge amount of the SDMTS network is considered frequent, this year’s Trolley extension to UTC will connect the region’s largest employment center to the rest of the system, and the MPO CEO is really ambitious.

Further, the whole region is served by just two agencies, so you can ensure that nearly every regional trip will be seamless and integrated, the polar opposite of the Bay or LA.

Hayden: Seattle has been the obvious choice for many as it has bucked transit ridership trends in the age of rideshare with its progressive capital and service increases. But the Twin Cities are one of the most underrated transit cities in America.

As a transit nerd focused on wayfinding and the user experience, the ease as to which riders can navigate both the transit stations and network is awesome (see their BRT lines!).

How can Citymapper support the future of transit in SF?

Hayden: I would love it if Citymapper is able to find the gaps in our transit and mobility network based on direction data from users of the app. 🤓 Combined with anecdotal evidence, this data could help our agencies/advocates figure out where best to put resources and investment. 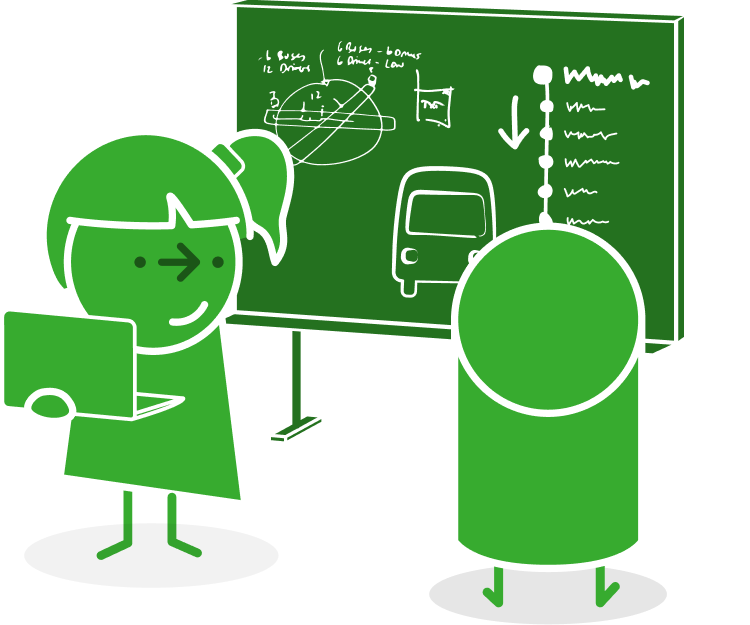 Johnny: I’m jealous of the unlimited transit pass on offer in London! It was from friends in London that I first became knowledgeable of Citymapper, and I have a lot of envy of a seamless pass that would eliminate the barriers to travel I experience daily in the Bay Area. It is a great feature that pairs well with Citymapper’s focus on multimodality. 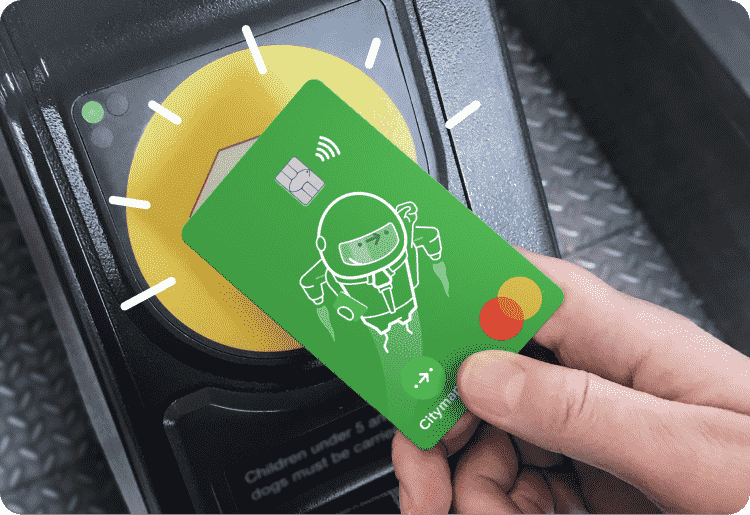 Hayden: I love walking along the Embarcadeo from Fisherman’s Wharf to the Ferry building on a weekend afternoon. 🌅 🦦 Between the beautiful pier buildings, the views of the Bay, the downtown SF skyline and the Bay Bridge, you really get a snapshot of the beautify that is San Francisco and the Bay Area. It’s also quite awesome to see so many pedestrians, bicyclists, scooters, and the iconic F streetcar line operate along a boulevard that used to be a double-decker freeway! 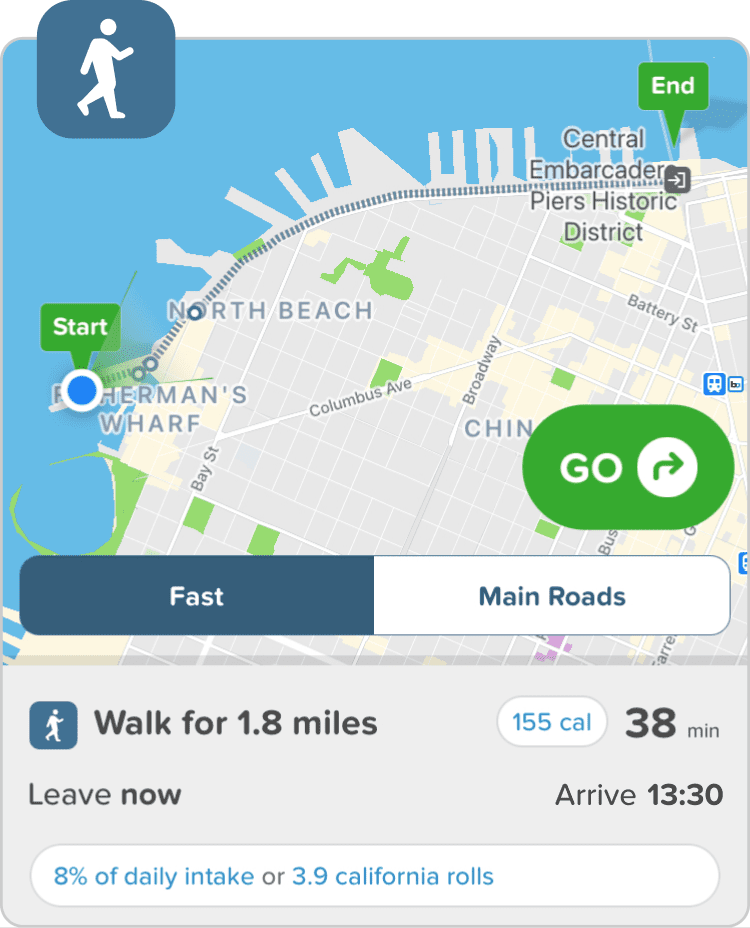 Johnny: My favorite journey in SF is the Bay Wheels trip I often take from 16th/Mission BART up to my friend’s home in Eureka Valley. With the e-bikes and bike lanes heading toward the Castro, I make the journey faster than any car around me, and I can climb the hills with ease! ⚡️🚲 The view once I park the bike and walk up Kite Hill is the best the city has to offer! 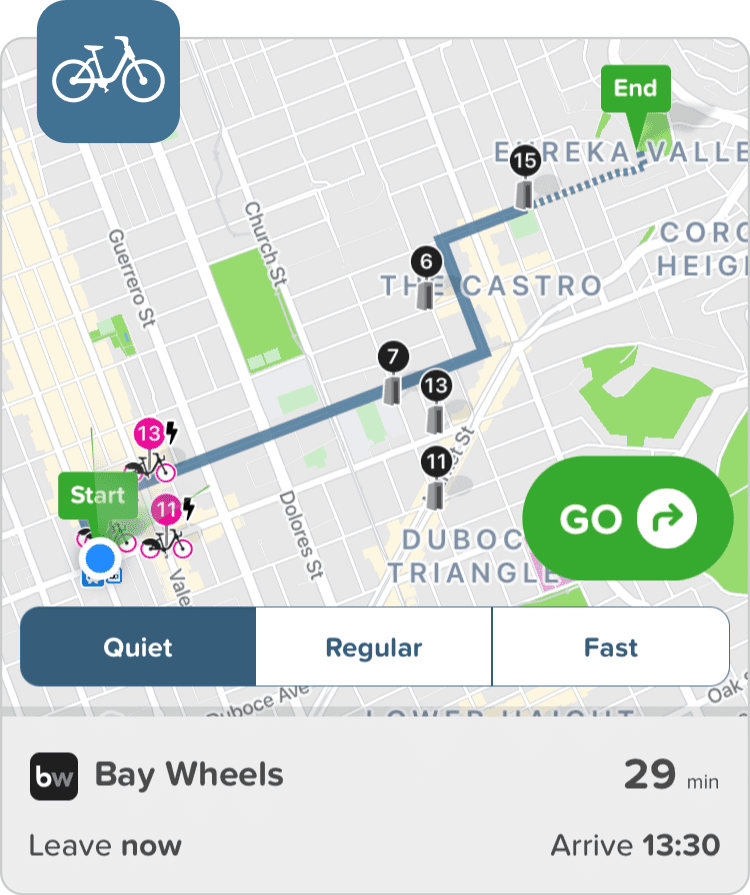 Hayden, you founded TransitCon. Can you tell us more about it?

TransitCon is a virtual town hall-like platform where anyone who is passionate about sustainable transportation or urban planning can talk in a webinar-like virtual community platform. 💻 Where most platforms, associations or conferences require executive money or fancy titles to participate in programming, TransitCon just wants passion.

We had a very engaging and successful conference this January, and are working on programming all year to compliment this annual event. 📣 If you are a sustainable transportation professional, advocate, or nerd and want to get involved or learn more, go to TransitCon.org or @transitcon! 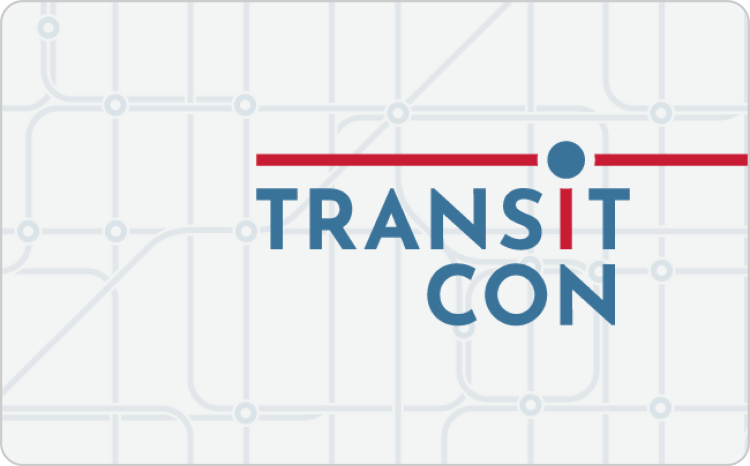 Favorite transit meme of all time? Which one is the G.O.A.T.?

Hayden: As to talk about how fractured the Bay Area is in regards to its multiple transit agencies, SamTrans tweeted this picture of all the agencies at Thanksgiving on 11/23/17. I think it’s super funny and can go right under the answer regarding fragmentation. 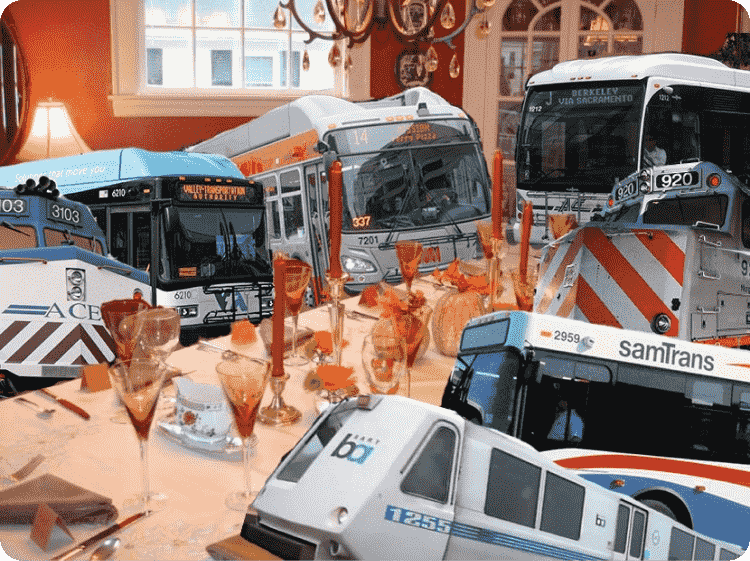 Folks, this was the last stop on our US Road Train Trip 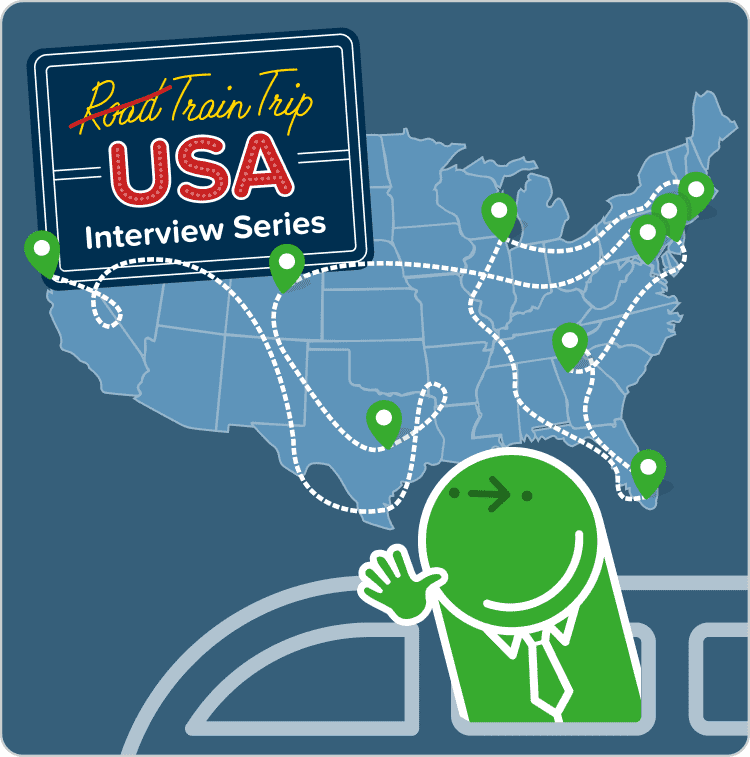 Thanks for joining us as we made our way across the states - we've learned a ton, and hope you did too.

We're heading back to the data lab with new friends and new ideas on 'The Future of Movement' and how we can further evolve our cities.

See you on the next trip!

PS. Have any thoughts on movement in your city? Don't be shy - drop us a line here or tweet at us @Citymapper